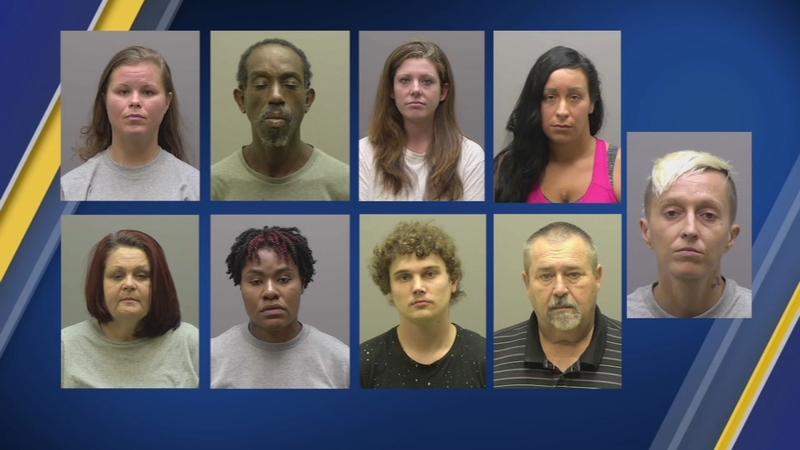 The sheriff's office released an organizational flow chart that said Suboxone made its way from Urgent Care in Durham through Perkins' network and into the prisons.

Alamance County Sheriff Terry Johnson said 62-year-old Samuel Lee Perkins of Burlington was the ringleader of a Suboxone distribution network that stretched across the state.

Those accused include Lauren Del Zimmerman, 31, of Cameron, who works as a correctional officer at the women's prison in Raleigh. Officials said she conspired with Perkins to deliver Suboxone.

A spokesperson for NCDPS told ABC11 on Friday night that Zimmerman has worked for the prison system since Nov. 16, 2017, and remains employed.

Zimmerman was charged with felony conspiracy to sell and deliver a Schedule III narcotic. She was given a $50,000 secured bond and has been released from jail.

"This type of criminal activity is a slap in the face to the hardworking, underpaid employees of the NC Department of Corrections who keep our communities safe from those who choose to commit serious crimes in Alamance County and our great State" Sheriff Johnson said.

Perkins faces six felony charges and a misdemeanor charge and is being held on a $300,000 secured bond.

Four inmates were also implicated in the plot.

Ashleigh Morgan, 28, from Rocky Mount, is one of several inmates serving time at women's prison accused in the scheme. Police said she also conspired with Perkins to sell the drug, a felony.