I-Team: The one issue that could halt proposed 40-story downtown Raleigh tower 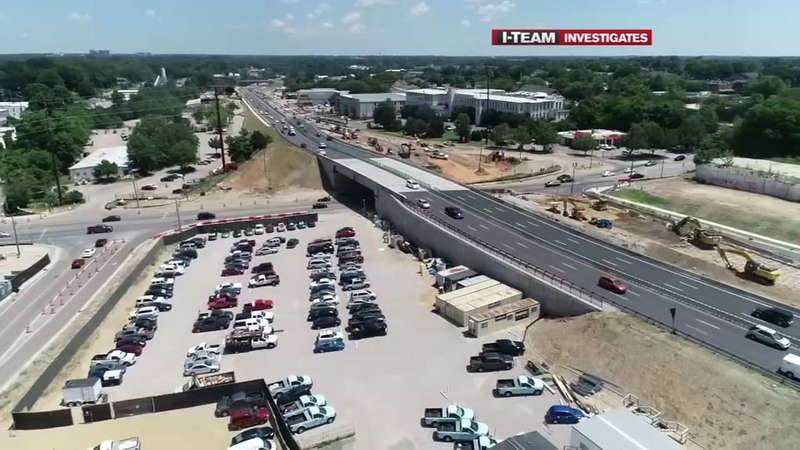 EMBED <>More Videos
RALEIGH, N.C. (WTVD) -- The City of Oaks could soon reach new heights with a proposed rezoning request on the agenda this week at City Council.

The request centers around a 2.92 acre parcel on the southeast corner of Peace and Harrington Streets, and asks the city to extend the zoning from 12 stories to 40 stories (Raleigh's tallest building, the PNC Plaza, rises 33 stories).

Kane Realty Corporation, a lead developer of the proposal, is overhauling the area through its Smoky Hollow project, which includes a Publix Supermarket already under construction.

"Publix ate up the whole ground floor of their building so it didn't give us the ability to do some of the creation that we'd like," John Kane, Chairman and CEO of Kane Realty Corporation, told ABC11. "We want to see more office space, retail and restaurants."

Drone 11 flies over the proposed site of the skyscraper

The tower would be the centerpiece of Phase III of Smoky Hollow, which would be the latest neighbor to a host of major Raleigh infrastructure improvements, including a two-way cycle track between Glenwood South and the Warehouse District, the new Devereaux Meadows Park, and the much-anticipated Bus Rapid Transit system.

"We think it's going to be great for Glenwood South," Kane said. "We should get some daytime traffic in there, which is normally pretty dead during the day."

The Raleigh Planning Commission and Citizens Advisory Council are both recommending City Council approves the rezoning request, but there's one issue that may prevent a swift approval: affordable housing.

"The upzoning request is going to make additional value for the developer and his investors and I'm suggesting they share some of that back and we're perfectly allowed to do that," Bob Geary, the lone member of the Planning Commission to vote "no" explained to ABC11. "Here's a chance to change the direction of housing policy in Raleigh, to be inclusive, to allow and expect affordable housing in these big density projects going forward."

The City of Raleigh has committed to revitalizing southeast Raleigh with a plan to build 5,700 affordable housing units during the next 10 years. According to city memos, Kane is offering $1 million to the city's affordable housing budget over several years - but not any units in the proposed tower.

"It's the cop, it's the teacher, it's the young worker who can't afford the high rent in a luxury tower but who can afford a rent relative to their income level," Geary said of the workers he worries about being pushed out of town. "Do we really want a city that's only for rich people and where everyone else is pushed to the boundaries? That's where we're going as a city, but we have a chance to change that direction."