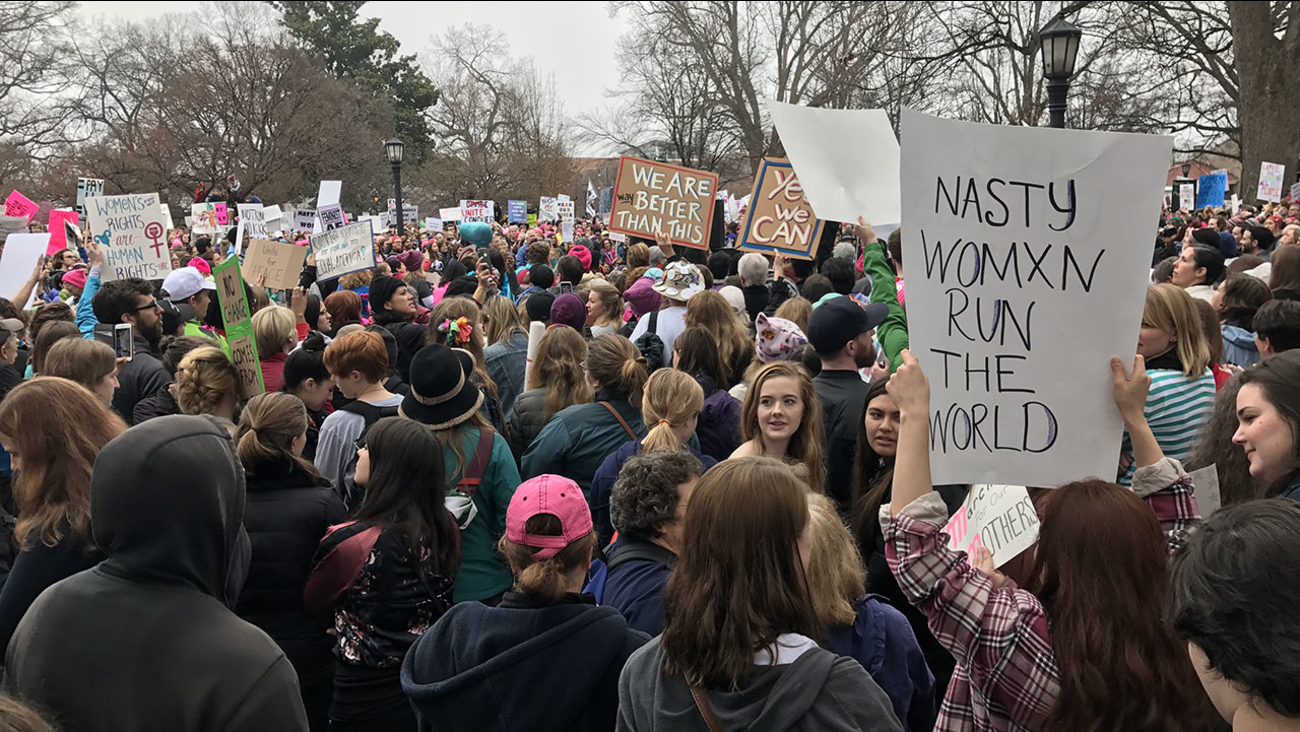 Business managers on Saturday were overwhelmed by the flood of people who piled into downtown Raleigh for the Women's March movement, far exceeding expectations and preparations.

"It took me about an hour to find a parking space," Bernadette Eagle, a restaurant manager downtown, lamented to ABC11. "It was a bit chaotic."

Eagle's restaurant, La Stella Pizzeria, only opened in December, so she and her colleagues were more than happy to show off their new spot on Fayetteville Street. Still, lunch time staff arrived later than they would have because of the traffic. Even waiters we spoke with regretted not taking an Uber or cab to work because of the unexpected gridlock.

"It can hurt the customer experience if we don't have the time we normally would to prepare," Eagle added.

The Women's March on Raleigh officially began at 10:00 a.m. at City Plaza and ended after 1:00 p.m. in Moore Square. Following the blueprint of Saturday's Women's March on Washington, the grassroots movement generated most of its support on social media.

On Thursday, organizers told ABC11 they expected 5,000 people for the Raleigh march and they planned to stick to the sidewalks. By noon Saturday, however, crowd estimates topped 20,000 marchers, forcing Raleigh Police officers to block off streets and call for backup.

"There was no precedent for this," Raleigh Police spokesman Jim Sughrue explained to ABC11. "This was not like the Christmas Parade or July 4th celebrations or even First Night. It wasn't even like any demonstrations we had before."

Because crews called for backup, RPD officers patrolling other locations in the city had to relocate downtown. Sughrue insisted there was no risk to other neighborhoods because of the change of plans.