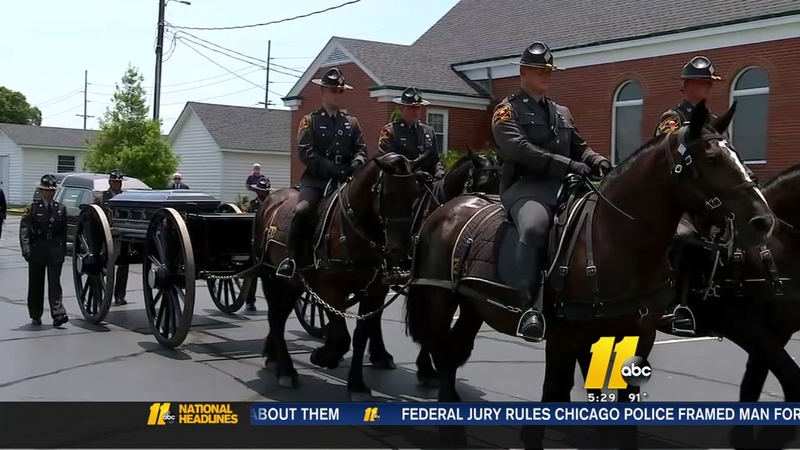 Police said Senior Officer Christopher Driver was killed Saturday, June 22, after he crashed into a truck that had broken down and was on the side of the road.

According to the Highway Patrol, the 27-year-old tried to brake when he saw the truck on the road, but it was too late.

"He gave his life to the citizens and community of Rocky Mount," said Debra Arrington, who works with the Nash-Rocky Mount School system.

Arrington stopped outside the funeral procession to watch the horse-drawn caisson.

She said Driver served as a school resource officer.

"They can kind of relate to him a little bit, as far as things that they go through, day to day, like bullying and talking with them and everything. With him, he's young, and by him being young and 27 and I think he could relate to this generation a whole lot," said Arrington.

The groundswell of support shown at his funeral service included several members of the Patriot Guard Riders.

"It tears on you. We try to stand and be as strong as we can for the family. But if you go back up 95 after, there will be a lot it tears on the road," said Bobby Lipes, who traveled two-and-a-half hours from Virginia to attend the service.

The national volunteer organization attends funerals and memorial services for veterans and first responders at the request of the respective family.

"They see that their family is bigger than just what the immediate blood relationship, or the immediate friends and family in the neighborhood. They know they can reach out anywhere across the United States," explained Lipes.

Driver was known as "Batman." In his honor, a few people with Batman-themed vehicles (including a man dressed as Batman) showed up at the funeral to offer their support.

"I served twenty years in the military and I've been to plenty of military funerals. And I know that Officer Driver meant so this community and he's pretty much a hero here," said Earl Morgan from Morrisville, one of the owners of the Batman-themed vehicles.

Governor Roy Cooper ordered flags be flown at half-staff in memory of Driver. 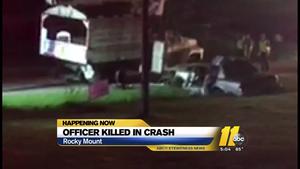