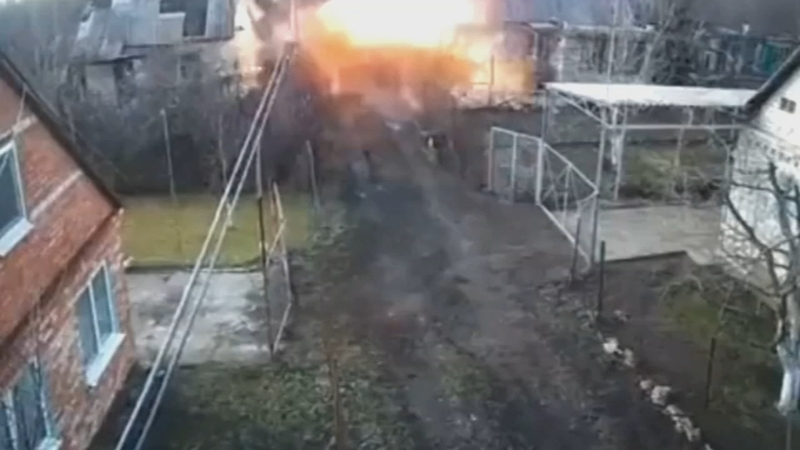 MEDYKA, Poland (WTVD) -- The overseas role for thousands of 82nd Airborne troops is shifting amid Russian attacks on Ukraine.

According to officials, troops that were in place to "deter and assure" are now assigned to help with traffic at the border of Poland and Ukraine and to assist refugees fleeing the conflict.

Military sources told ABC News they expect traffic to increase at checkpoints, including citizens of NATO, because the Ukrainian airspace is shut down--European authorities declared it an "active conflict zone" Thursday evening.

Thursday, Russia launched several premeditated attacks on Ukrainian cities. At least 40 people are estimated to be dead. Ukraine has announced an end to diplomatic relations with Russia and declared martial law.

ABC News crews in Poland said more troops from the 82nd Airborne division arrived at the Medyka border crossing checkpoint--a small village near the border of Poland and Ukraine. There are currently 3,000 82nd Airborne troops in Poland.

A Fort Bragg spokesperson said the goal is to reassure NATO allies like Poland, Romania and Germany.