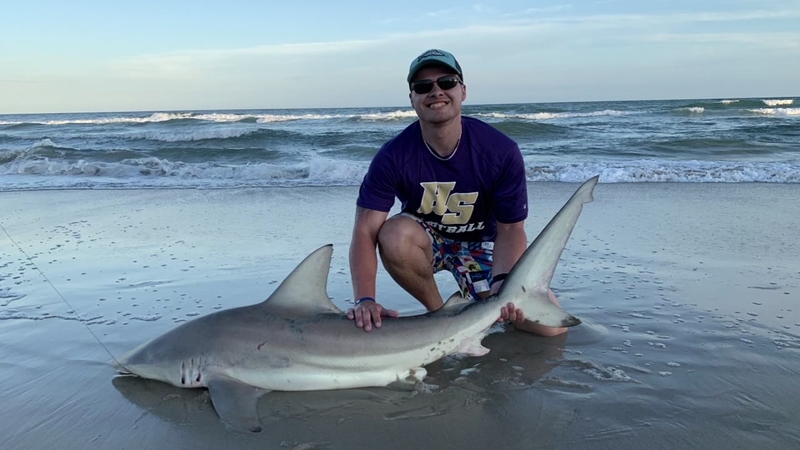 Jarrett Finch, a sophomore at UNC-Charlotte, said he was fishing off the coast with cut croaker as bait when he snagged the shark.

It took him around 30 minutes to reel the shark to shore.

Finch said he took a couple of pictures with the shark and then released it back into the water.

Blacktip sharks live in tropical and subtropical waters. In the Atlantic Ocean, they can be found from Massachusetts all the way down to Brazil.