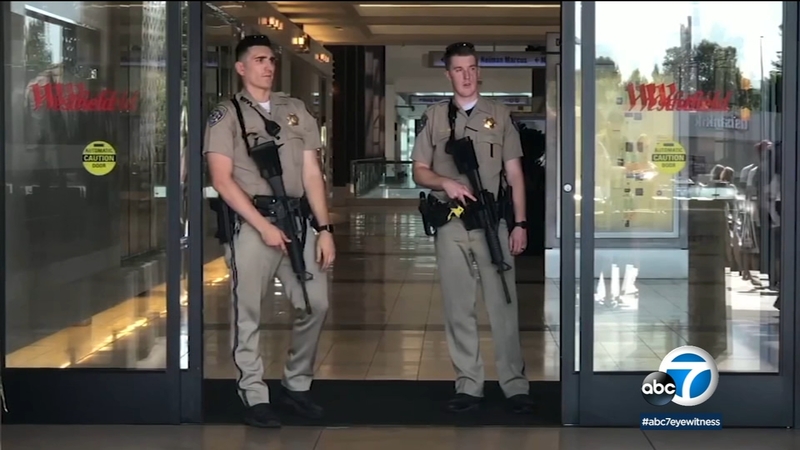 Chaos ensued as shoppers fled the mall in Canoga Park Sunday at around 3:30 p.m. when shoppers thought they heard shots fired inside the mall. Officers initially responded to a shooting call, but it was later determined that there had been a smash-and-grab robbery at Neiman Marcus.

"It sounded like a shooting to be honest. It sounded scary. Everyone at Cheesecake (Factory) started running away from the doors," said Ossirys Martinez.

Video showed shoppers running for safety, while others hid in restrooms and stores.

Officers conducted a search of the premises and said there was no evidence of a shooting. Officers remained on scene to clear the mall.

There were no reports of any injuries.

UPDATE: 2 suspects have been detained. No evidence of a shooting at this point. Preliminary information is a possible robbery, but the investigation is still ongoing. Please continue to avoid the area and expect a large police presence.