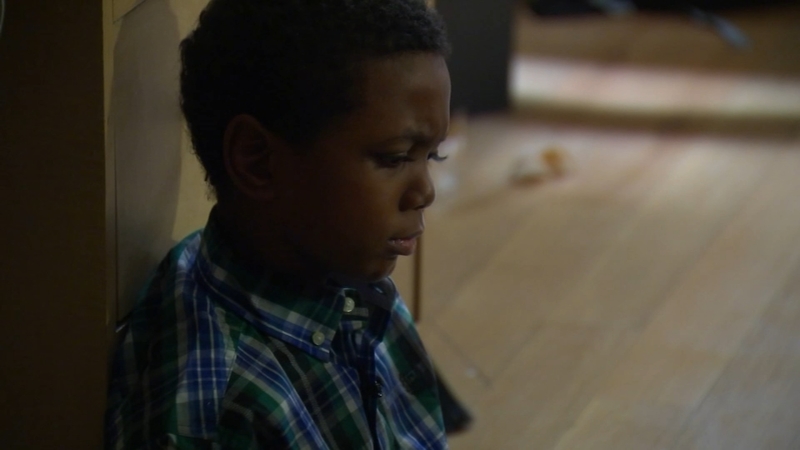 DURHAM, N.C. (WTVD) -- For two weeks families have been housed inside hotel rooms since McDougald Terrace residents were voluntarily evacuated from their homes due to concerns of carbon monoxide. Not only are parents feeling the strain of being away from home, but the children are as well.

The complex is less than a mile from Burton Elementary School. 46 students there live at McDougald Terrace.

Because of the housing evacuations, 9-year-old Tyrell now lives even further from the school with his family. His bus ride to his temporary home is an extra 25 minutes later than his normal commute.

Tyrell lives in a hotel room with his mother and three brothers, their home no longer safe because of concerns of carbon monoxide.

His daily activities remain the same, just not at his home.

RELATED: 'It's not like home': McDougald Terrace children scared to return home amid carbon monoxide crisis

When at school, Tyrell has to explain to his friends that he wasn't kicked out of his home, he was evacuated.

On Sunday, Tyrell's 4-year-old brother was rushed to the hospital by EMS. His mother said they were just playing.

"He just fell off the fridge and bust his chin open with about four stitches. The whole room was covered in blood," Tyrell's mother said.

Despite the trials Tyrell faces, he is still excited to go to school to see his teacher.

"I want to go outside," said Tyrell. "So I can play on the swings and play tag."

He said he doesn't often have that luxury because he doesn't feel safe at the complex. Just a few days before Thanksgiving, a 19-year-old was shot and killed at McDougald Terrace.

When asked if he wanted to about move back to McDougald Terrace Tyrell said, "Kind of? Because if they don't fix that problem about the carbon monoxide. They might say that they fixed it but they really didn't and then we might go in there. And then the next thing we won't wake up..."