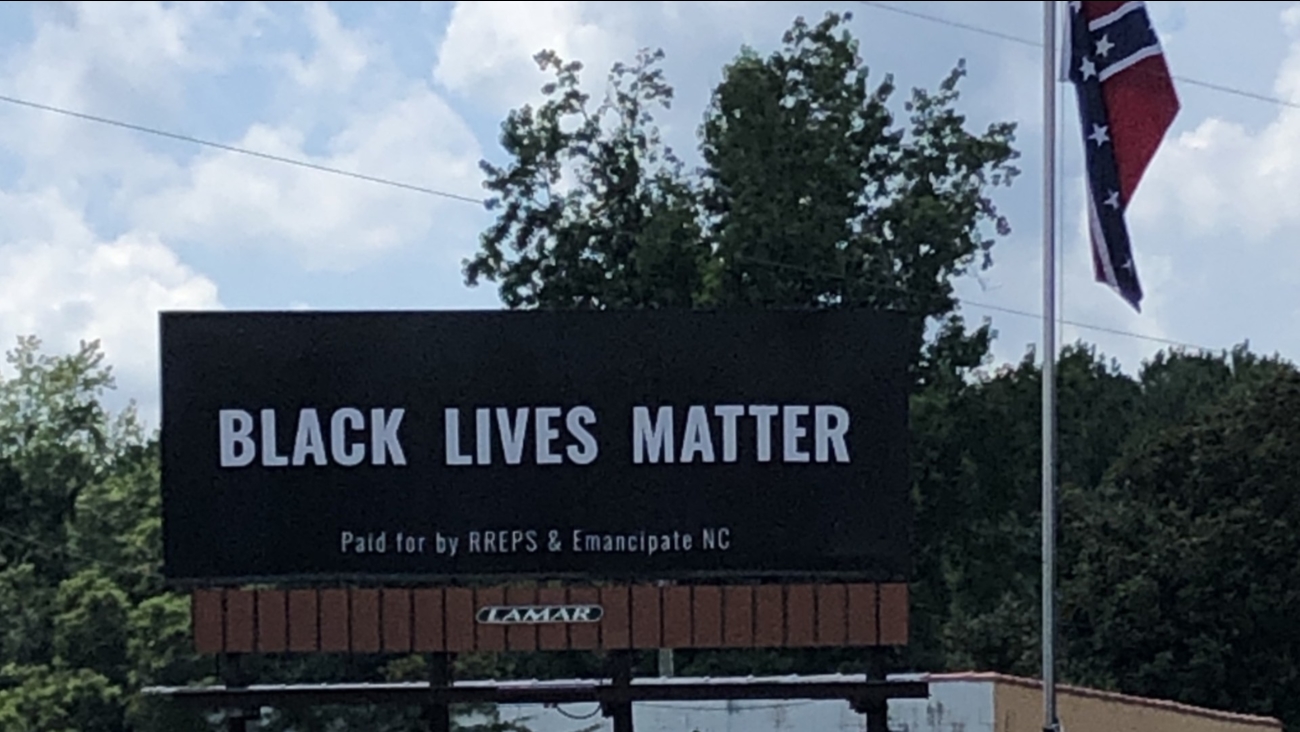 PITTSBORO, N.C. (WTVD) -- A "Black Lives Matter" billboard has popped up next to a massive Confederate battle flag flying on U.S. 64 in Pittsboro.

This #BlackLivesMatter billboard now stands off Hwy 64 in Pittsboro as a direct answer to the tall and massive Confederate flag put there by a man angry over the county’s removal of Confederate monuments.
A community-led online fundraiser paid for billboard. #abc11 pic.twitter.com/hscNTYC0iw

The billboard was paid for by Emancipate NC, Recidivism Reduction Educational Program Services, and a community-led fundraiser.

According to organizers, the billboard costs $450 for 28 days, plus a $350 one-time charge for the vinyl. Organizers of the fundraiser said the rest of the money raised will go a scholarship fund supporting racial equity in Chatham County. 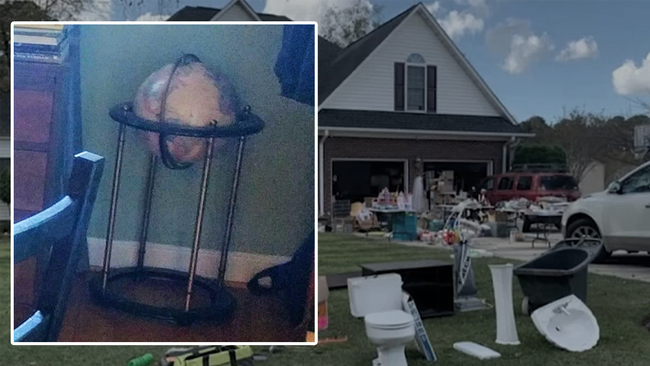 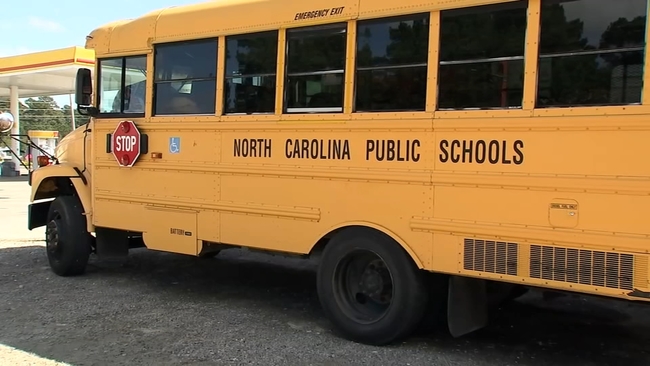