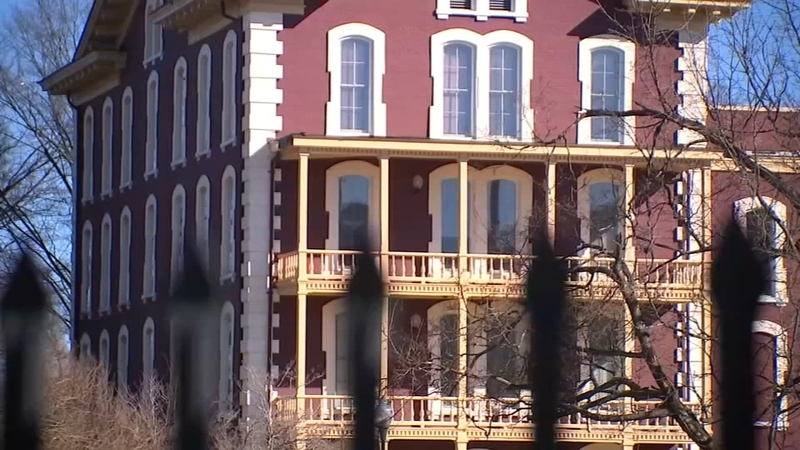 90 years after many Black Triangle neighborhoods were redlined by the federal government, the process is now happening in reverse in many of the same communities -- long-distressed or historically black communities are now being transformed by gentrification.

It's happening in Raleigh and in Durham too. "We used to have family reunions right here in this yard," said Jackie Manns Hill, from the backyard of a small cottage in Durham's Walltown neighborhood. It's the home built by Hill's ancestor George Wall; the community's namesake who built the first home here.

Hill thinks back fondly to the happy times she spent here as a child. She moved back to Walltown to retire in her grandmother's home a few blocks away from George Wall's homestead. But, the times in this historically-black neighborhood are changing fast.

"We are now the minority," said Hill. "My taxes have tripled since I've been here with all the new housing that's gone up. We have a million dollar home going up around the corner that's right across from the home place."

Durham's most-dramatic gentrification is happening in the neighborhoods redlined by the federal government in the 1930's. Walltown and Durham's other historically-black neighborhoods were once coded in red on real estate maps -- marked as hazardous or risky for home loans -- barring many African Americans from home ownership and the generation wealth-building it can bring.

Some describe the current trend as reverse redlining: Communities historically disinvested in are becoming real estate hot zones increasingly inhabited by white, wealthier residents who move out of suburbs to be closer to the central city -- near amenities like that new coffee shop or a new brewery; walkable neighborhoods with interesting historical character.

"But that means is this kind of a situation where there's winners and losers," said Mel Norton, community engagement historian with Durham's history project Bull City 150. "As there's all this interest coming back to the central cities, you see property taxes going up, you see a lot of predatory investors coming in and buying up these houses, many of them in historically Black neighborhoods and flipping them."

According to U.S. Census data, downtown Durham's ZIP code has become 51% more white over the last 20 years. It's even starker in downtown Raleigh where the ZIP has become 259% more white in that same time.

"No, we can't miss it and we have to reckon with it," said Valerie Ann Johnson, dean of arts and humanities at Shaw University, Raleigh's historically black college founded on land where enslaved black people once toiled on a plantation which now sits in the center of a rapidly-gentrifying southern end of downtown.

Raleigh's racial geography didn't come through redlining. But, in the early and mid-20th century, the city used other methods to keep white neighborhoods white and Black neighborhoods Black: building segregated Black schools near a quarry and a trash dump and barring black students from being bussed to other schools.

And while many Black residents were being denied mortgages up until the late 1960's -- investors were buying up homes in Black Raleigh neighborhoods and splitting them into multi-unit apartments where they became some of the poorest sections of the city.

"You see this gentrification often in racial terms but you can't de-link it from an economic component," said Johnson. "Racism has helped foster some community's economic advantage against other communities.

"So you've got, in this instance, a Black community that would not be positioned to be able to purchase up all the homes that it could in order to maintain the integrity of the community as they would imagine it."

Shaw now sits on a real estate portfolio that's rising in value to bring in new pressure, from some, to sell and boost the school's under-resourced coffers. And there's pressure, from others, to hold on to the history.

Dean Johnson says the university is focused on building a bridge between the community, old and new.

Research of census figures from 1940 to 2020 by students of Duke Public Policy Professor Emeritus Robert Korstad found that if African American homes in redlined neighborhoods had appreciated at the same rate as comparable homes in white neighborhoods, those same Black homes would be worth almost $100,000 more than they are today.

Back in Walltown, Hill insists she will not be displaced by reverse redlining.

"I'm not going anywhere," she said. "I'll sacrifice something else to pay the taxes."

And she and her cousin, fellow George Wall descendant Annie Smith Vample, say Walltown's newest neighbors are moving in with a spirit of unity.

Smith Vample adding, "As long as we pull together and stay together, we will have our history. And we're determined to pass it down."
Report a correction or typo
Related topics:
societyncraleighdurhamour americagentrificationblack history month
Copyright © 2021 WTVD-TV. All Rights Reserved.
TOP STORIES
Return of Brewgaloo draws big crowd to downtown Raleigh
Family holds memorial for teen lynched in Chatham County 100 years ago
Search for Brian Laundrie in nature reserve called off for night
Police: Gabby Petito case not linked to slaying of two women in Utah
'Relieved:' Faith Hedgepeth's family releases statement after arrest
NC State bounces back from first loss to pound Furman, 45-7
Show More
Collier's 2 fourth-quarter TDs fuel N.C. Central comeback win
Duke rides fast start to 30-23 win over Northwestern
US ramps up plan to expel Haitian migrants gathered in Texas
What are your chances of being exposed to COVID-19 at an event?
1 dead in Cumberland County double shooting, sheriff says
More TOP STORIES News