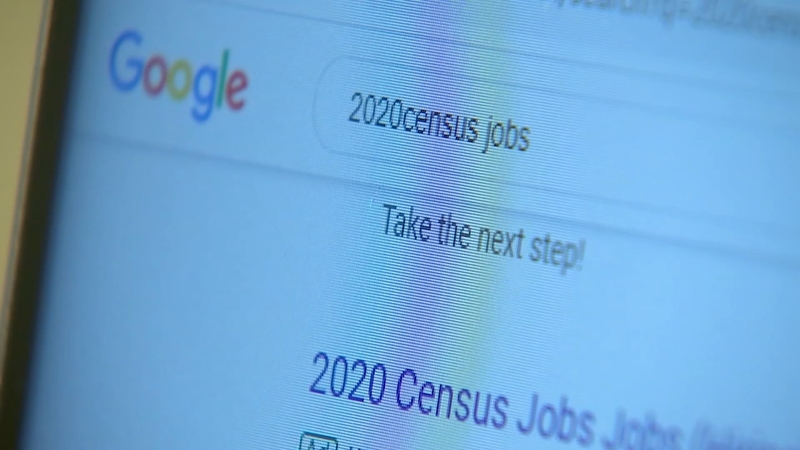 RALEIGH, N.C. (WTVD) -- With unemployment hovering at around just 3 percent in Wake County the federal Census Bureau is having a hard time filling the 10,000 workers it needs in the Raleigh Area Census Office for the 2020 headcount.

"It's for the next ten years. That's why every person counts and why we are marketing and promoting as much as we can to make sure that everybody participates in our community so that we get what our community needs," Tim Maloney told ABC11.

He fears that if every single person in the county isn't counted, Wake won't get its fair share of federal funds - millions of dollars each year.

And having enough census takers is a crucial element of an accurate count.

The folks at NCWorks are doing what they can to help fill the jobs.

Ken Gathers, who heads up that office, told ABC11, "We're constantly promoting the census employment to all of our job seekers."

Census workers from the Raleigh Area Office will fan out in those two counties in 2020 and four others - Franklin, Vance, Granville and Person.

The 2010 census took place when the country was recovering from the Great Recession and unemployment was high.

But in 2020 unemployment in Wake County is around 3 percent and that's the big reason the Census Bureau is 4,000 workers short in its Raleigh office.

"I didn't realize there was a manpower shortage. That's kind of surprising," Raleigh resident Charles Harris said as he sat in front of a computer at NC Works.

He added, "Been out of work several months and when I saw the census I said that sounds like something I'd be interested in."

He picked census jobs flyer from a kiosk at the front of the office that holds other promotional material from the Census Bureau.

And when Harris heard how much the jobs could pay he was even more interested.

"That's good pay especially, you know, if you're unemployed," he said.

Wake County's planning director hopes all the jobs will be filled by spring.

Tim Maloney noted that Wake residents who take the jobs will also be giving back to their fellow citizens.