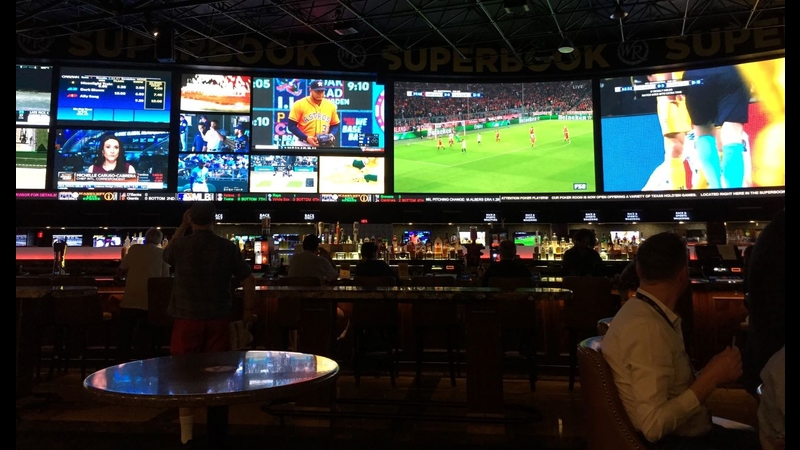 The bill's chief sponsor, Republican Sen. Jim Perry of Lenoir County, said many state residents already are wagering on sports from their computers or smartphones through out-of-state betting sites, or through conventional bookies. It makes sense to regulate these activities to promote transparency, and for the state to generate revenues for things such as education, Perry told the Senate Finance Committee.

"We have sports betting today for those who want to bet. It's just not something regulated and taxed by the state," Perry told committee members. "I don't want to put my head in the sand over that issue, but I also don't want to belittle anyone who's uncomfortable with it."

At least 20 states and the District of Columbia offer sports betting, according to the National Conference of State Legislatures. The Eastern Band of Cherokee Indians opened onsite betting operations at its two far western North Carolina casinos earlier this year. Interest has taken off nationwide after a 2019 U.S. Supreme Court decision cleared the way for every state to legalize sports betting.

The bipartisan legislation would direct the North Carolina Education Lottery commission to issue between 10 and 12 interactive sports wagering operator licenses, along with supplier licenses for these operators. The applicants would be subject to criminal background checks. They could offer betting on college, professional and some amateur sports, including game outcomes and others not based on final scores.

The operators could also set up an in-person betting location within or near a professional sports arena, such as the Spectrum Center in Charlotte, the home of the NBA's Hornets, or where a pro golf event is held annually.

The state would collect money from license fees - the initial operator fee alone would be $500,000 - and an 8% tax on the operators' gross revenues.

Half of the net proceeds would go to a special fund to attract sporting events and attractions to the state, with the rest heading to the state's coffers. The legislature's fiscal staff estimated the combined annual total collected should one bill version become law could range from $8 million to $24 million. Perry said he thinks the amount likely would be higher, especially if the tax rate is increased.

Debate on Wednesday kept largely to the money-raising portions of the measure. But its passage on a divided voice vote suggests challenges ahead. It must get through three additional Senate committees to reach the floor before it can even be heard in the House.

Although it's been 16 years since North Carolina became the last state on the East Coast to authorize a state-run lottery, blocs of legislators still oppose gambling. None of the committee members spoke against the measure directly Wednesday, but some raised questions about how financial benefits stack up against societal costs and whether the money would be dedicated to public education.

John Rustin with the North Carolina Family Policy Council told the committee the legislation "represents a massive proposed expansion of legalized gambling in North Carolina," leading to more problem gamblers and resulting troubles for families and society. The state's rich sports heritage also would be tarnished, he said: "Gambling, and not the games themselves, will become the centerpiece of sports competition in North Carolina."

Perry told reporters that some Senate colleagues have been moved to support the bill after they saw how easy it is already for anyone to place an online bet. But he understands the concerns people still have - noting that even his own mother opposes the legislation.