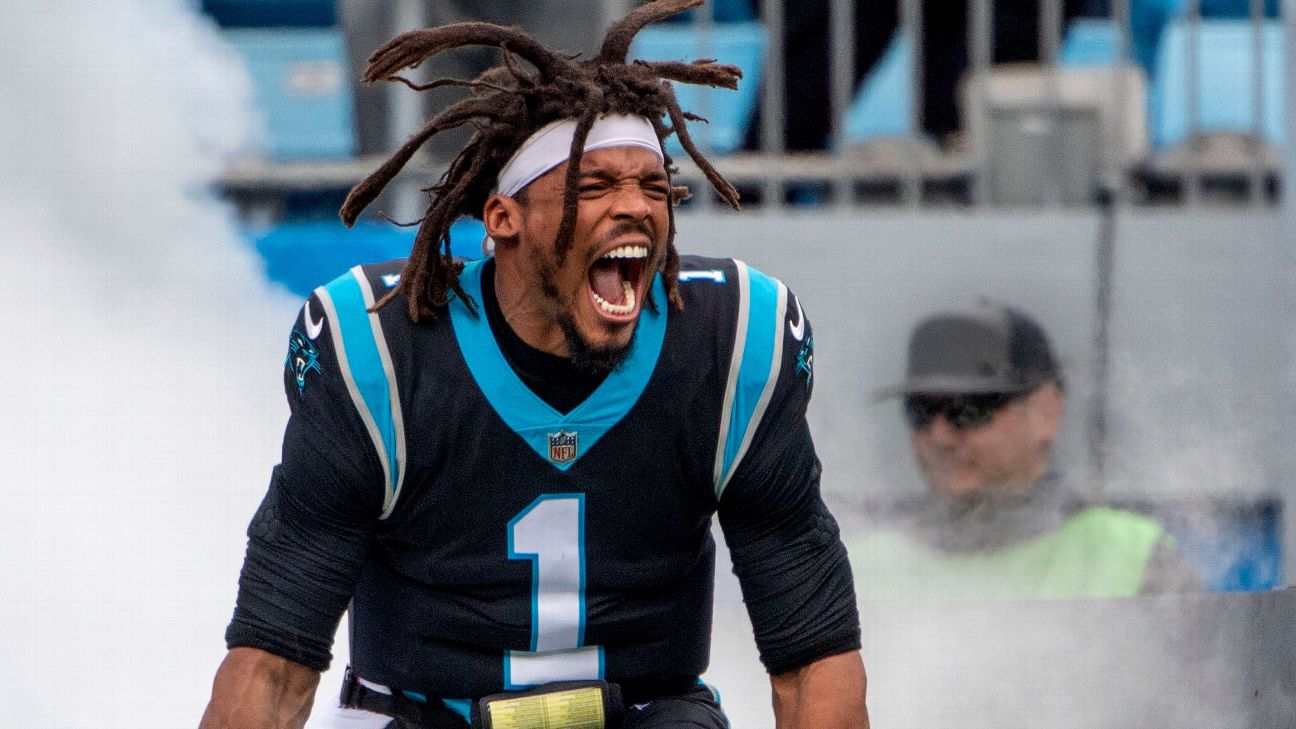 CHARLOTTE, N.C. -- It wasn't so much Cam Newton's touchdown run that made this one special but the Carolina Panthers quarterback's celebration afterwards.

Newton scored easily on a 24-yard run around the left side to give the Panthers a 14-7 lead with 5:52 left in the second quarter of Sunday's game against the Washington Football Team and former Carolina coach Ron Rivera.


But once Newton got to the end zone, he turned, sprinted to midfield and slammed the ball into the middle of the Panthers' logo. He followed that with one of his patented "Superman'' celebrations, standing tall on the logo and pretending to reveal the "S'' on his chest.

It was Newton's second touchdown of the game. He had a 10-yard scoring pass to DJ Moore on the first series, when he faked a quarterback draw before making the throw.


That one didn't get him as excited as the run that extended his NFL record of having a touchdown pass and run in the same game to 44. He also did it last week in his first game back for Carolina, after signing a one-year deal that could pay him up to $10 million for the rest of the season.