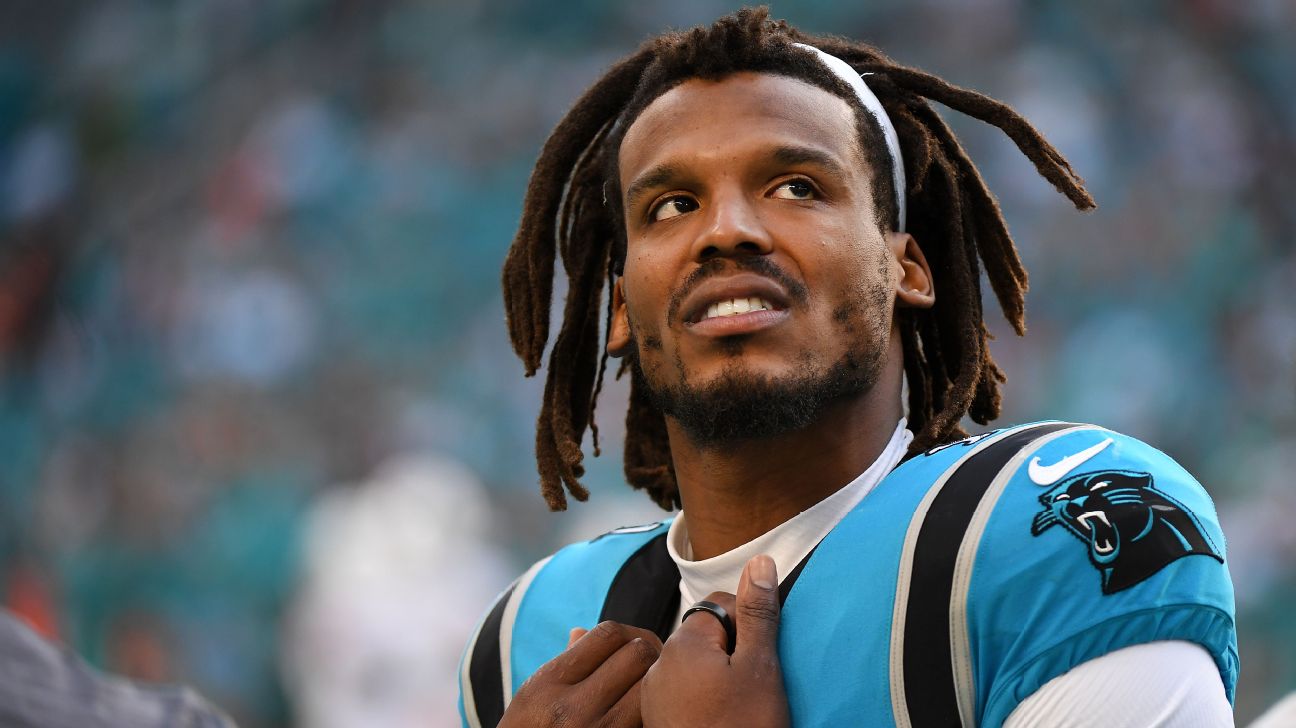 CHARLOTTE, N.C. -- Quarterback Cam Newton shouldered some of the blame for the Carolina Panthers firing offensive coordinator Joe Brady coming off a dismal showing against the Miami Dolphins before the bye week.

"Do I think I had something to do with it?" Newton said on Thursday as he prepared to face the Atlanta Falcons. "The competitor in me, absolutely, yes. Because the truth of the matter is you don't lose your job because of success.


"Where I'm at now is doing what I can control to make sure that I have a job, too. Let's just be honest."

A week later, coach Matt Rhule fired Brady and replaced him with senior offensive assistant/running backs coach Jeff Nixon, who this week joins the Tampa Bay Buccaneers' Byron Leftwich as one of only two Black offensive playcallers in the NFL.

Newton was so disappointed by his last performance and being 0-2 as the starter in his return to Carolina (5-7) that he had little to say about the significance of Nixon's opportunity.

"It's a great feel-good story," Newton said. "But once again, it's the NFL. This is a production-based league. I don't know if there's a need to say anything else. Am I excited for the opportunity [Nixon has]? Yes. Am I also disappointed about the opportunity? Yes. Obviously you had Joe who was here prior to."

Carolina's offensive struggles began well before Newton returned last month to the team that made him the top pick of the 2011 draft.

The Panthers had gone three straight games without scoring a touchdown with Sam Darnold at quarterback and had scored only seven touchdowns in the first nine games.


The change in coordinators had to do with that, Brady's inability to make adjustments after halftime and his reluctance to commit to the running game.

The Panthers have reached the mark of 30 to 33 rushes per game that Rhule publicly said he wanted only twice in the past nine games. Both times they reached that mark they won, including a 19-13 victory at Atlanta when they rushed for 203 yards on 47 attempts.

Baylor averaged 36 rushes a game in 2019 when Nixon was Rhule's offensive coordinator there.

"He feels comfortable that we can be on the same page on how he wants the game to be called," Nixon said of Rhule and why the coach hired him.

Nixon understands the significance of him being one of two Black playcallers in the league. However, his focus is on Sunday and not on how his performance the final five weeks could impact his future or the future of other black coordinator candidates.


"I'm not going to lie," Nixon said. "I'm proud to be in the position I'm in. I'm extremely happy Coach Rhule gave me this opportunity. I'm going to try to make the most of it.

"I know in the past there really hasn't been a lot of people who look like me in this position, so I don't take that lightly. I'm going to do my best and try to represent others like me and do the best job I can."

Newton is fighting for his future, as well. His contract, $4.5 million fully guaranteed and $1.5 million in roster bonus, expires after this season.

His goal is to help the Panthers remain viable in the NFC playoff hunt. They are among 10 teams with four to six wins fighting for a wild-card spot in the NFC.

Newton said the feel-good part of his return to the Panthers after a season with the New England Patriots is over.