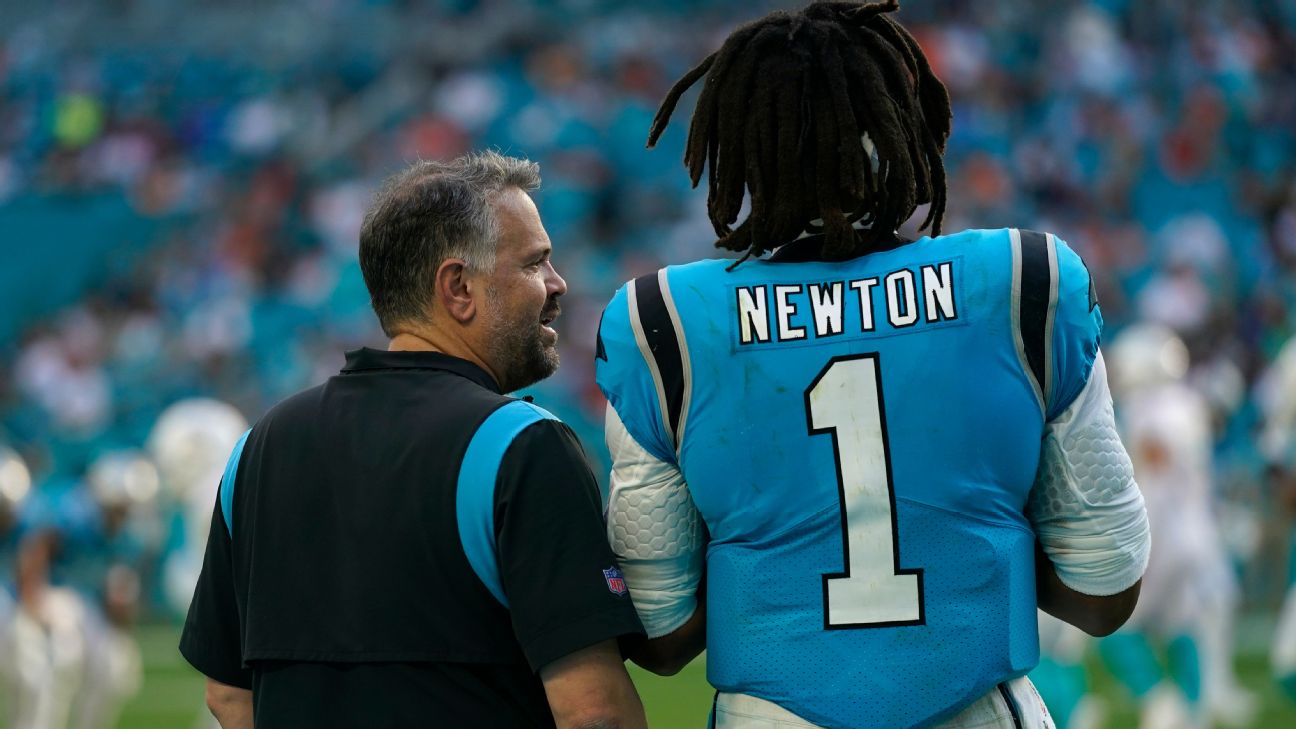 CHARLOTTE, N.C. -- Cam Newton heard the boos when quarterback Sam Darnold replaced him for the first time early in the second quarter of the Carolina Panthers' 32-6 loss to the Tampa Bay Buccaneers, and he heard the "Fire Matt Rhule!'' chants that came later.

The 32-year-old quarterback doesn't know what the future holds for him with the Panthers (5-10) officially eliminated from playoff contention after their fifth straight loss on Sunday, but he believes the organization has a future under the second-year head coach.


"Coach Rhule is a great coach,'' Newton, who is not under contract for 2022, said after what could have been his last home game as a Panther. "Last thing I checked, Coach Rhule wasn't out there playing.

The 2015 NFL MVP defended Rhule's decision to insert Darnold on the third series and then use both quarterbacks the rest of the way. He noted the decision was made earlier in the week because Rhule felt it gave Carolina the best chance of winning even though he isn't a fan of the two-quarterback system.

Rhule also heard the boos, but he didn't take them personally -- at least the ones aimed at him.

"I come from Philadelphia,'' Rhule said. "To me, it just shows people care. We're not winning. I have no problem with that. People spend hard-earned money to come watch us play.


Despite being 10-21 with two games left this season, and despite Carolina assured of its fourth straight losing season overall, Rhule believes "1,000 percent'' the organization is headed in the right direction.

Rhule said this past week that he's had no talks with owner David Tepper about his future and there has been no indication from ownership that his job is in jeopardy less than two full years after being given a seven-year, $60 million deal.

"I hate it for our fans that we're not winning,'' said Rhule, who turned around college programs at Temple and Baylor before moving to the NFL in 2020. "I know how much they want to win. I hear from them. I hear you.

"But when Dave hired me he said, 'I want it done right. I want it done for the long term. I want you to build it with young players that grow.'''

Newton isn't young. This is his 11th year in the league and he's on his second go-around with Carolina, which made him the top pick of the 2011 draft.

That he is 0-5 as the starter this year after being signed to replace Darnold, who went on injured reserve after a Week 9 loss to New England, and has lost 13 straight as a starter at Carolina doesn't help his case for a deal next year.

He spent much of the final quarter Sunday standing alone at the 25-yard line in a reflective mood as Darnold played out the game. Afterward, he jogged straight to midfield to give Bucs quarterback Tom Brady a hug and then disappeared into the tunnel before any of his teammates.

"It takes unanimously everyone understanding what their role is and what they have to do.''

When told his words sounded like goodbye, Newton acknowledged there were things he might say if his kids weren't watching, then added, "As far as this being my last go-around, nah, I don't feel like that, for more reasons than one.''

Rhule wouldn't even say if Darnold would start over Newton next week at New Orleans after watching his quarterbacks sacked seven times and under duress more times than not.

"I have no anticipations right now,'' Rhule said. "There was not much out there today to where you're, 'Why don't we do this?'''

What Rhule does anticipate is making decisions that put Carolina in the best position to win, even if the results aren't there. 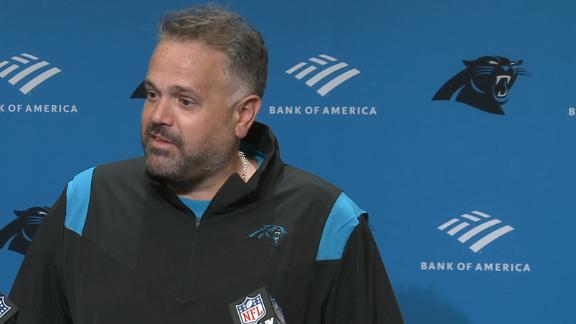