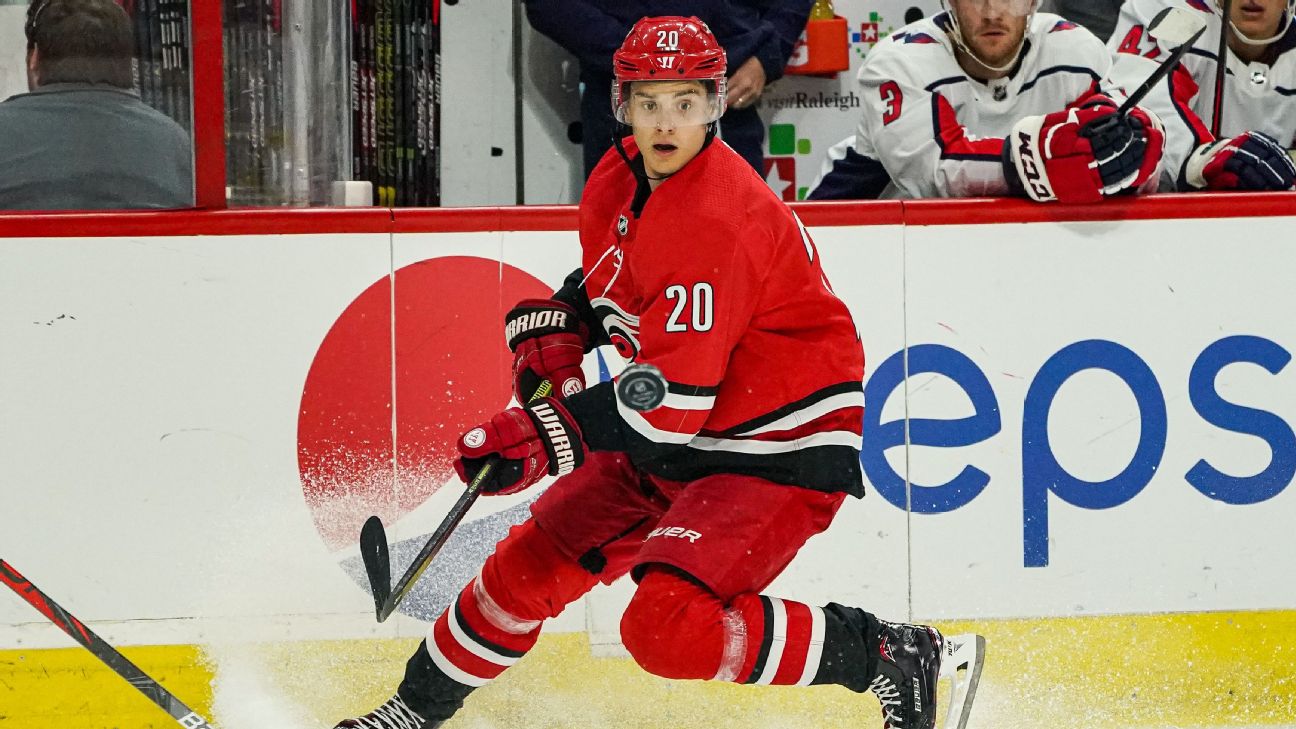 CHICAGO -- Carolina center Sebastian Aho was amused by the Hurricanes' offer-sheet trolling of the Montreal Canadiens.

In 2019, Aho signed a restricted-free-agent offer sheet with the Canadiens for five years and $42 million, which the Hurricanes quickly matched. Last month, Carolina turned the tables and signed Montreal restricted free agentJesperi Kotkaniemi to a one-year, $6.1 million offer sheet, which the Canadiens opted not to match.


The signing bonus on Kotkaniemi's contract offer was $20. Aho wears No. 20 with the Hurricanes. The reference was hard to miss.

"To be honest, it's pretty funny to see a $20 signing bonus," Aho told ESPN on Thursday, at the NHL Player Media Tour. "All jokes aside, we got a pretty good player."

Aho and Kotkaniemi, who were both born in Finland, spoke over the phone during the offer-sheet process. Aho said he discussed real-estate options, restaurants and life in Raleigh with the 21-year-old center.

"We talked about general stuff, trying to help him with some of the small things," Aho said.


Hurricanes owner Tom Dundon told Sportsnet radio in Toronto this month that it was "silly" to assume the offer sheet was tendered for revenge. But he defended Carolina poking fun at the move through social media, including references to the $20 signing bonus.

"We're all in the entertainment business, and we don't have a league if people aren't entertained by it," Dundon said. "So when it worked out the way it did, our philosophy organizationally on the business side is have as much fun, get as much attention as you can."

Aho agreed, saying the fans have been buzzing about the offer sheet -- and the newly forged rivalry between the teams.

"It got people talking. I think it's going to be a good thing. It's going to be fun playing them next year," Aho said. "It's part of the business. The social media is so huge these days. You don't have to play a game and you already have a buzz."
Report a correction or typo
Related topics:
sportsespnnewsnhlcarolina hurricanesmontreal canadiensjesperi kotkaniemisebastian aho
Copyright © 2021 ESPN Internet Ventures. All rights reserved.
TOP STORIES
Bond denied for teen accused of fatal NC high school shooting
Man stabbed deputy before being shot, killed in Edgecombe County
LATEST: CDC tells states to be ready to vaccinate children
SPONSORED: Big Weather's Big Recipe: Low-cost Steak Sandwich
Nearly 100 rattlesnakes found living under Calif. home
Boy wins mullet contest, and here's what he did with prize money
Show More
COVID-19 blamed in 65% of police deaths since 2020
Teen in Barnard student murder sentenced to 9 years to life in prison
Bill Clinton remains hospitalized, visited by wife Hillary Clinton
Fully vaccinated foreign visitors can start entering US on Nov. 8
More than 100 employees threaten Raleigh over vaccine mandate
More TOP STORIES News