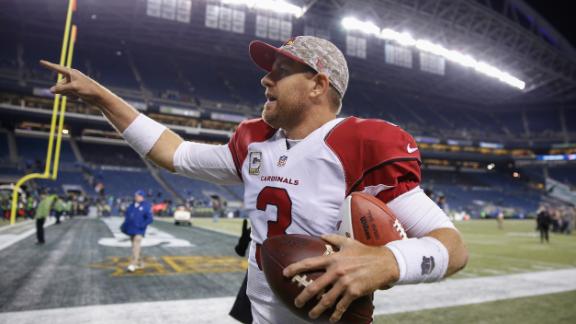 TEMPE, Ariz. -- The pelvic thrust that may lead to a fine for Arizona Cardinals quarterback Carson Palmer wasn't meant to taunt the Seattle Seahawks crowd late in a 39-32 victory on Sunday night.

Palmer told ESPN it was a gesture directed at three of his friends who were sitting in the stands behind the Cardinals' bench. Palmer identified his friends as Pup, Phil and Sugar Cane. The gesture was caught by cameras during NBC's broadcast of the game, and has gone viral.

After the win, Palmer discussed his celebration, which included a fist pump and a pelvic thrust, in relation to Drew Stanton's running, jumping, kicking and punching celebration after Andre Ellington's 48-yard touchdown run sealed the win.

Palmer could be fined for violating Rule 12, Section 3, Article 1(c) of the NFL rule book, which states: "There shall be no unsportsmanlike conduct. This applies to any act which is contrary to the generally understood principles of sportsmanship. Such acts specifically include, among others: (c) The use of baiting or taunting acts or words that engender ill will between teams."

Additionally, Note 4 of the rule states: "Violations of (c) will be penalized if any of the acts occur anywhere on the field. These acts include but are not limited to: throat slash; machine-gun salute; sexually-suggestive gestures, prolonged gyrations; or stomping on a team logo."

Palmer could be fined either $11,576 for unsportsmanlike conduct or $8,681 for taunting, according to the NFL fine schedule.

"The last thing Carson Palmer would ever do was taunt an opposing fan," Carson's brother, Jordan, told ESPN. "It's a joke."

Weinfuss: Palmer likely to get fined
ESPN reporter Josh Weinfuss discusses QB Carson Palmers hand gestures he made to fans in a recent Sunday night football game versus the Seahawks. 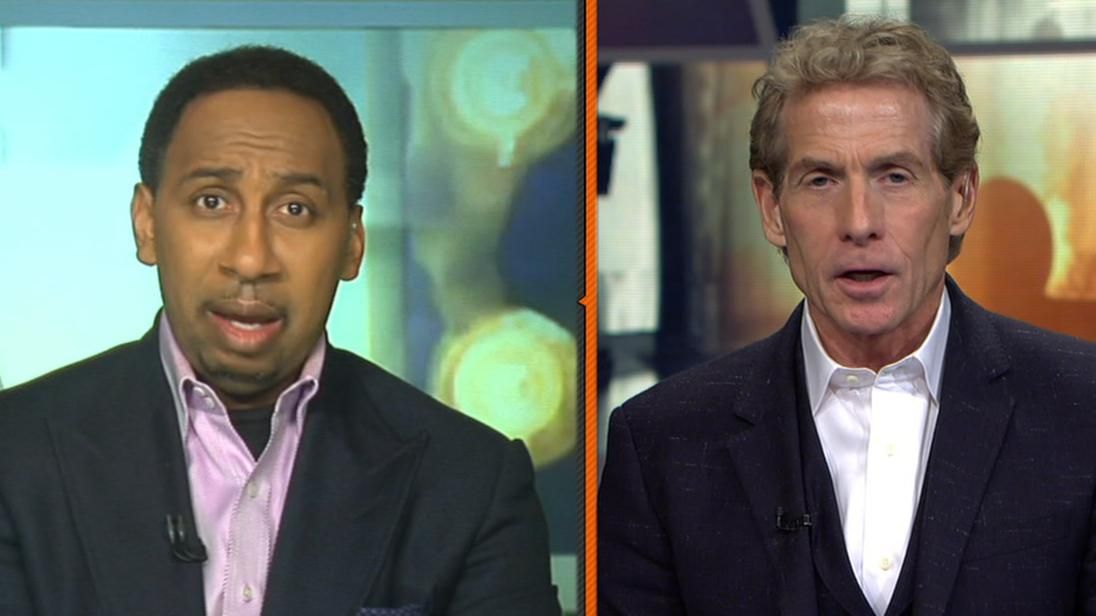