Duke has no timetable for return of injured PG Tre Jones 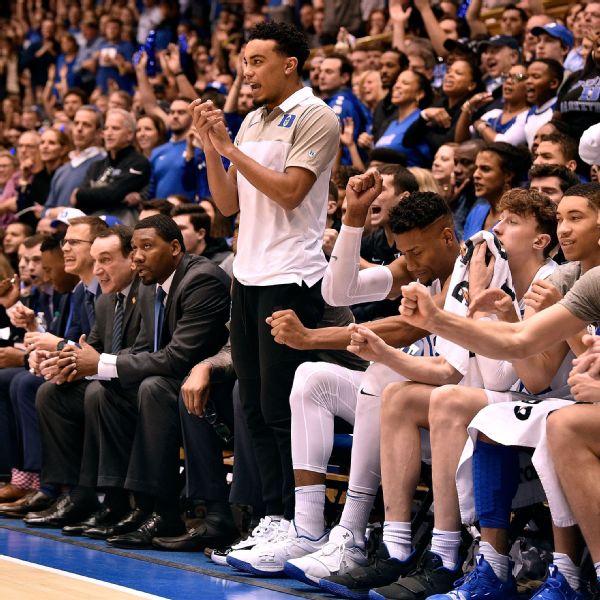 DURHAM, N.C. -- In the run-up to Duke's showdown with Virginia on Saturday night, Mike Krzyzewski left it open-ended enough to drum up hope that point guard Tre Jones could play. Afterward, the Blue Devilscoach admitted Jones -- out with a separated shoulder -- wasn't close.

"He wasn't going to play," Krzyzewski said after the 72-70 victory over Virginia. "We made that decision [Friday]. He just doesn't have enough movement yet."

Jones went down hard chasing a loose ball against Syracuse on Monday, and he initially feared a broken bone. Instead, X-rays showed a separated AC joint, which Duke hoped wouldn't keep the freshman point guard out for an extended time.

Against Virginia, however, Jones was on the bench in sweatpants and a white Duke polo shirt, standing and cheering during most of the second half, but noticeably absent on the court, where the Blue Devils had just six assists on 26 made shots (down from 53 percent with Jones on the floor this season) and had to make significant adjustments on defense.

The win was a boon for the Blue Devils, who looked far different than they had without Jones in the second half against Syracuse just days earlier.

"Our game plan was to come out here and play hard, move the ball, and that game was for Tre," Zion Williamson said afterward. "Tre was our leader, he was out. You know we did it all for Tre."

Whether that dynamic changes for Duke's road trip to Pitt on Tuesday remains an open question, and Krzyzewski said he's in no rush to offer an update.

"I can't tell you when [he'll be ready]," Krzyzewski said. "I'm not going to say he'll be ready for Pittsburgh. Every day we'll see how he progresses without putting a timetable on him so there's no pressure for him to force something. We don't want that to happen." 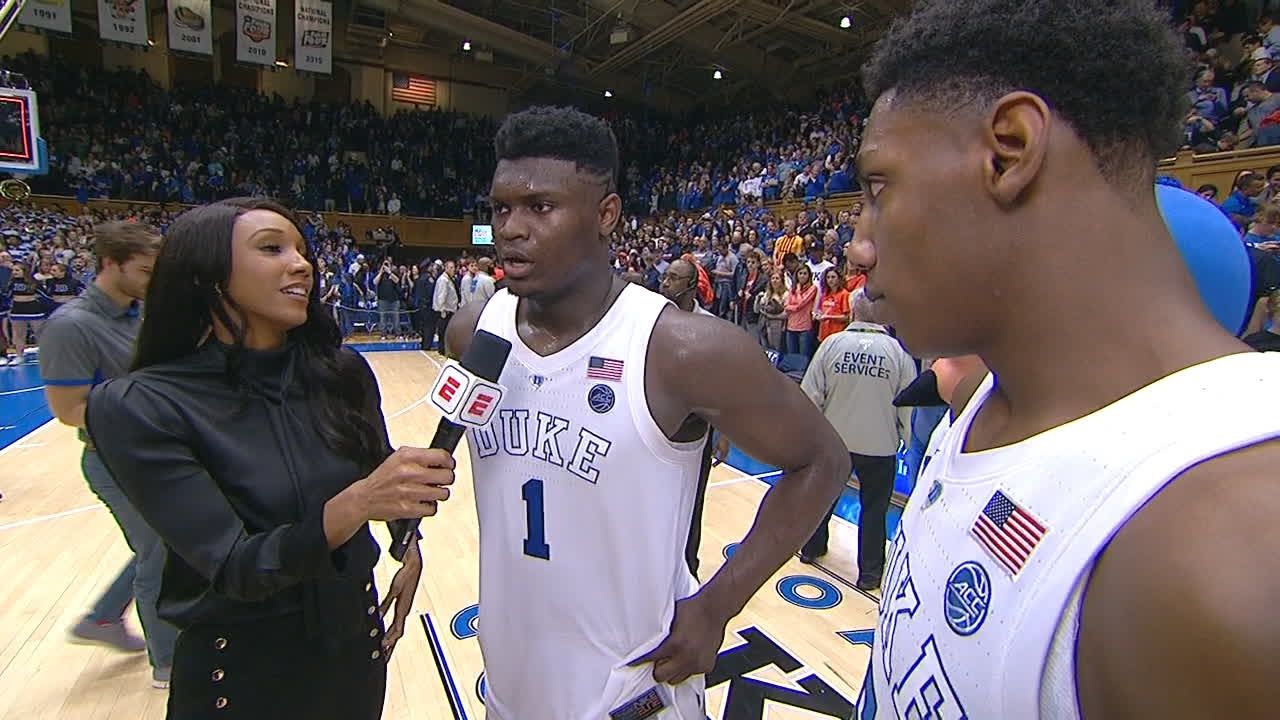