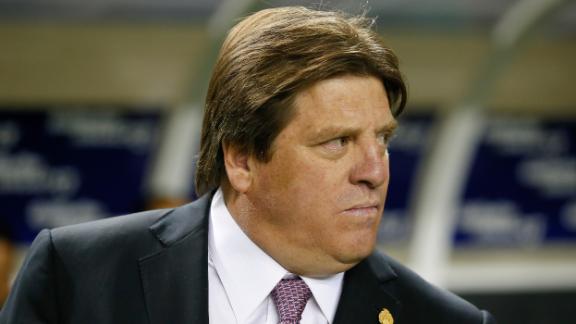 El Tri coach Miguel Herrera may have had his tongue planted firmly in his cheek when he said he didn't know who New England Patriots quarterback Tom Brady is, but he politely posed for a photo with the three-time Super Bowl winner after Mexico finished its practice ahead of Friday's friendly vs. Portugal at Gillette Stadium in Foxborough, Mass.

"He asked me for a photo. I don't know who he is nor whether he has won something but I made the kid's day," Herrera posted in Spanish on his Twitter account.

- Miguel Herrera (@MiguelHerreraDT) June 5, 2014The two teams' practices at Gillette Stadium overlapped on Wednesday afternoon, and the Patriots waited politely for El Tri to finish up.

Herrera's tweet made Brady's name a trending topic on Twitter in Mexico on Wednesday night, with 4,700 retweets, more than that of the tweet his sent with his lineup for Portugal, which got 1,600 retweets.

The 'kid' just happens to be quarterback royalty, leading the Patriots to the Super Bowl five times and winning three. Herrera's team features captain Rafa Marquez, who is heading to his fourth World Cup, but Herrera probably doesn't know that Brady is a two-time league MVP who has been to nine Pro Bowls and earned the Pats 11 division titles -- more than any other quarterback in NFL history. Herrera's dig comes just days after an ESPN/Pro Football Focus report that sparked heated debate over Brady's skill level as he nears 37.

Mexico faces Portugal on Friday at 8:30 p.m. ET. Portugal will be playing without Real Madrid star Cristiano Ronaldo, who is resting his ailing hamstring and knee.

The outspoken Herrera, known in Mexico for being a passionate albeit temperamental coach, berated the media at Thursday's post-practice conference in Foxborough, Mass. He refused to answer questions about his starting lineup, canceled the mixed zone interviews and accused members of the media of drawing a giant pig on the whiteboard inside his team's dressing room after the game against Bosnia-Herzegovina on Tuesday.

Mexico lost a friendly to Bosnia-Herzegovina, 1-0, on Tuesday night, Herrera's first loss since he took over as El Tri coach last fall in the wake of a bitter coaching carousel within the Mexico federation. 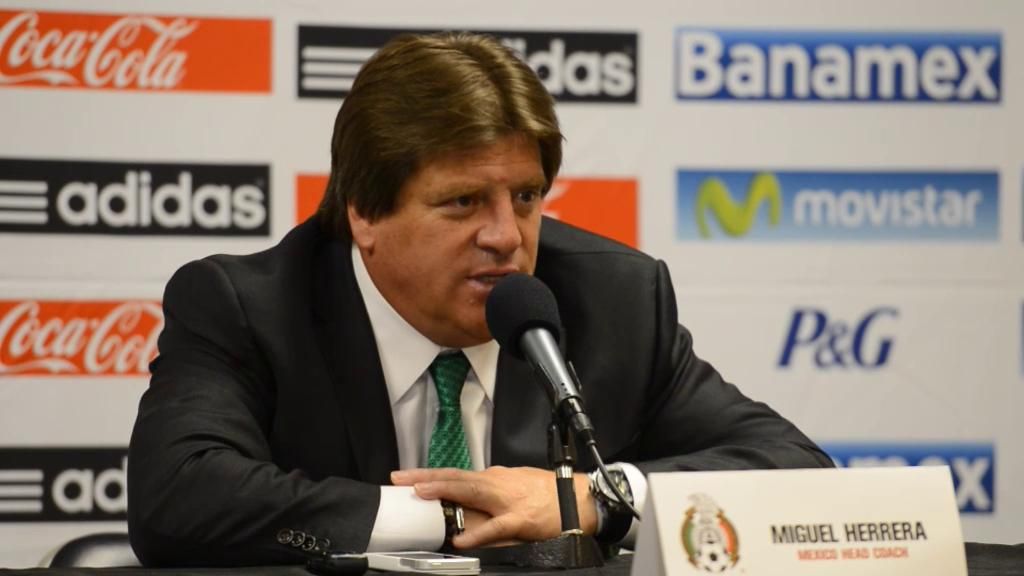 Herrera: Bosnia defeat has helped us
Mexico may have suffered a 1-0 defeat to Bosnia but Tuesday's loss was a useful dress rehearsal according to head coach Miguel Herrera.