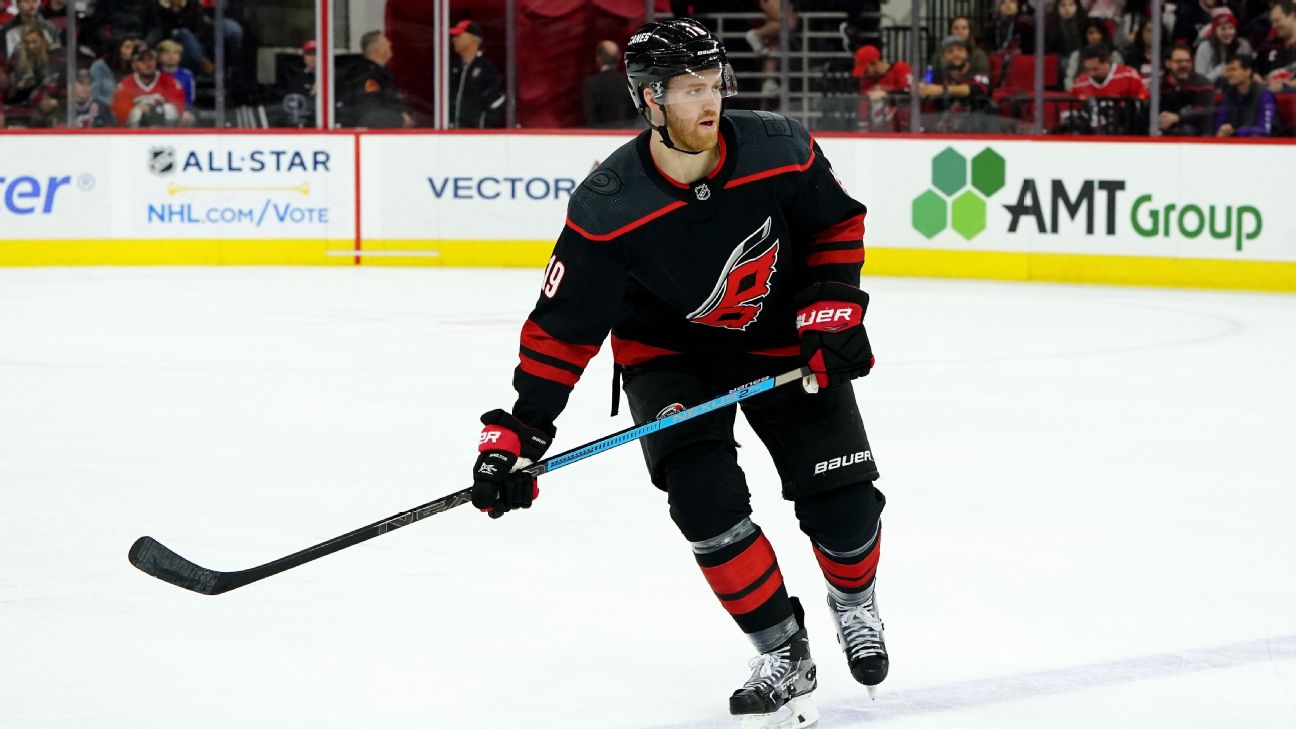 Hamilton has missed multiple practices, though the league has prohibited teams from disclosing whether a player is injured or ill amid the coronavirus pandemic. A team reporter tweeted a photo of Hamilton taking the ice to skate after Friday's practice.


Carolina coach Rod Brind'Amour says Hamilton is "getting better for sure," and the team hopes he will play in the best-of-five series.

"We're certainly not going to rush him back, but if he's close to being able to play, he's going to get in there," Brind'Amour said.

Hamilton broke his left leg in January and was sidelined until the NHL suspended the season because of the pandemic, but he had returned for the beginning of training camp. He had 14 goals and 26 assists in 47 regular-season games.


Center Martin Necas returned to practice Friday after missing recent workouts. Brind'Amour said the team would wait to see how he feels before deciding his status Saturday.