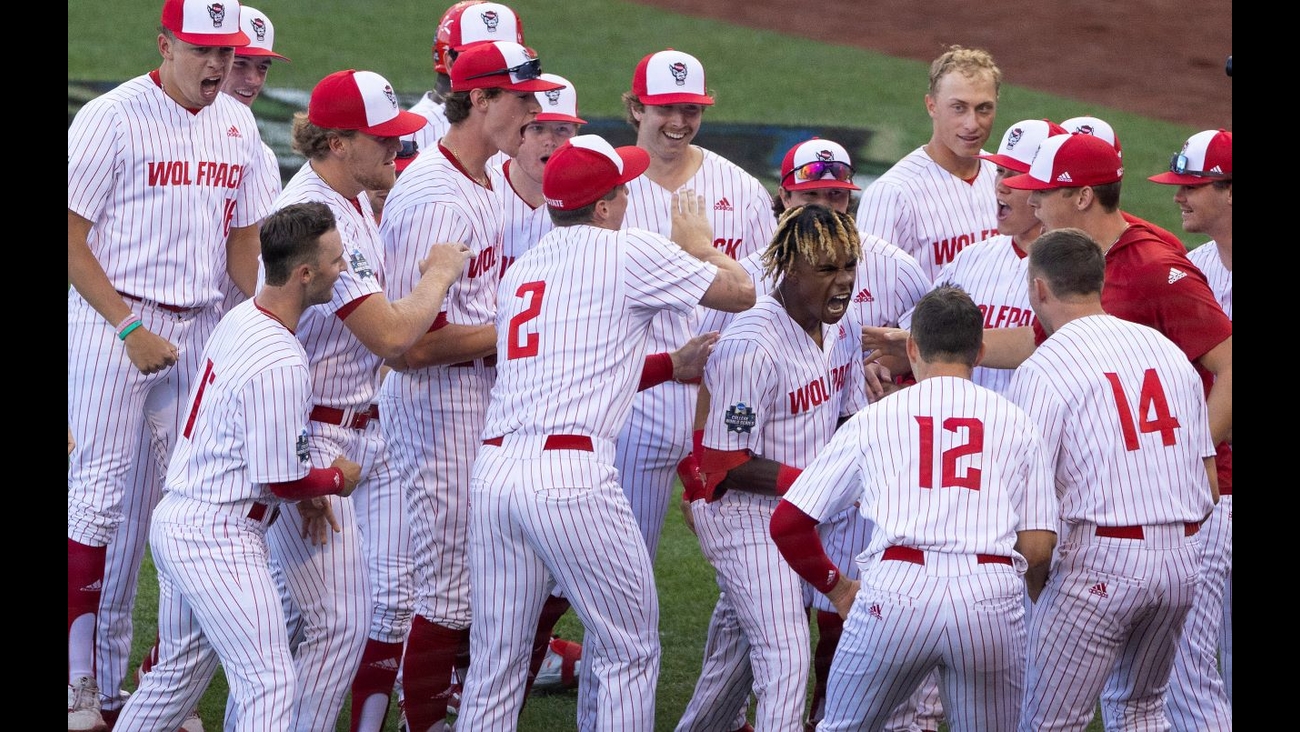 Leiter and Wolfpack starter Sam Highfill dueled most of the unseasonably cool evening, with Leiter striking out 15 in eight innings and Highfill limiting the Commodores to two hits through 7 1/3.


Leiter matched the 15 strikeouts by Mississippi State's Will Bodnar against Texas on Sunday, which was the most by a pitcher in a nine-inning CWS game in 25 years. Leiter leads the nation with 171.

Highfill (9-2) struck out seven and let one of the nation's best defenses take care of the rest with six flyouts and nine groundouts.

The combined two hits against Highfill and Justice were the fewest in a game since Oregon State's Kevin Abel threw a two-hitter against Arkansas in the national championship-clinching win over Arkansas in 2018. It was the second shutout in six CWS games, with Virginia having beaten Tennessee 6-0 on Sunday.

NC State (37-18) went three-up, three-down the first four innings against Leiter. In the fifth, Tatum turned on an 0-1 fastball that rode a light north wind into the last row of the right-field bleachers for the Wolfpack's first hit.

Vanderbilt (46-16) had three base runners, none advancing past first, until CJ Rodriguez walked leading off the eighth and moved up and over on a sacrifice and groundout. Rodriguez was left at third when closer Evan Justice froze Enrique Bradfield with a third-strike breaking ball.


Justice, who earned his 13th save, walked Carter Young to start the ninth but got Dominic Keegan to ground into a double play. The game ended when Justice caught pinch hitter Tate Kolwyck looking at strike three.

The Wolfpack earns a three-day rest with the huge win and will play Friday against the winner of an elimination game between Vanderbilt and Stanford.

Those teams will meet Wednesday.