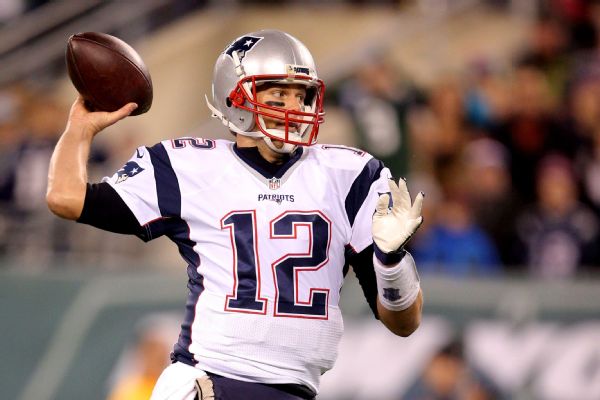 Including the playoffs, Brady is 200-61 in his career. He ties Peyton Manning, who retired after last season and finished his career with a 200-92 mark.

Asked about the potential milestone leading into Sunday's 22-17 victoryover the Jets, Brady said he hadn't thought much about it.

Now in his 17th season, Brady, 39, hit the milestone while playing through a knee injury. He missed practice on Wednesday and Thursday, which is the first time that has happened for a game played on a Sunday since late in the 2009 season. That year, Brady was listed on the injury report with rib, right finger and right shoulder injuries.

Sunday marked the 50th win for Brady after facing a fourth-quarter deficit or tie.

Brady's 200th win comes with victory over Jets
Tom Brady ties Peyton Manning for most wins by a quarterback in NFL history with a 22-17 close win over the Jets.