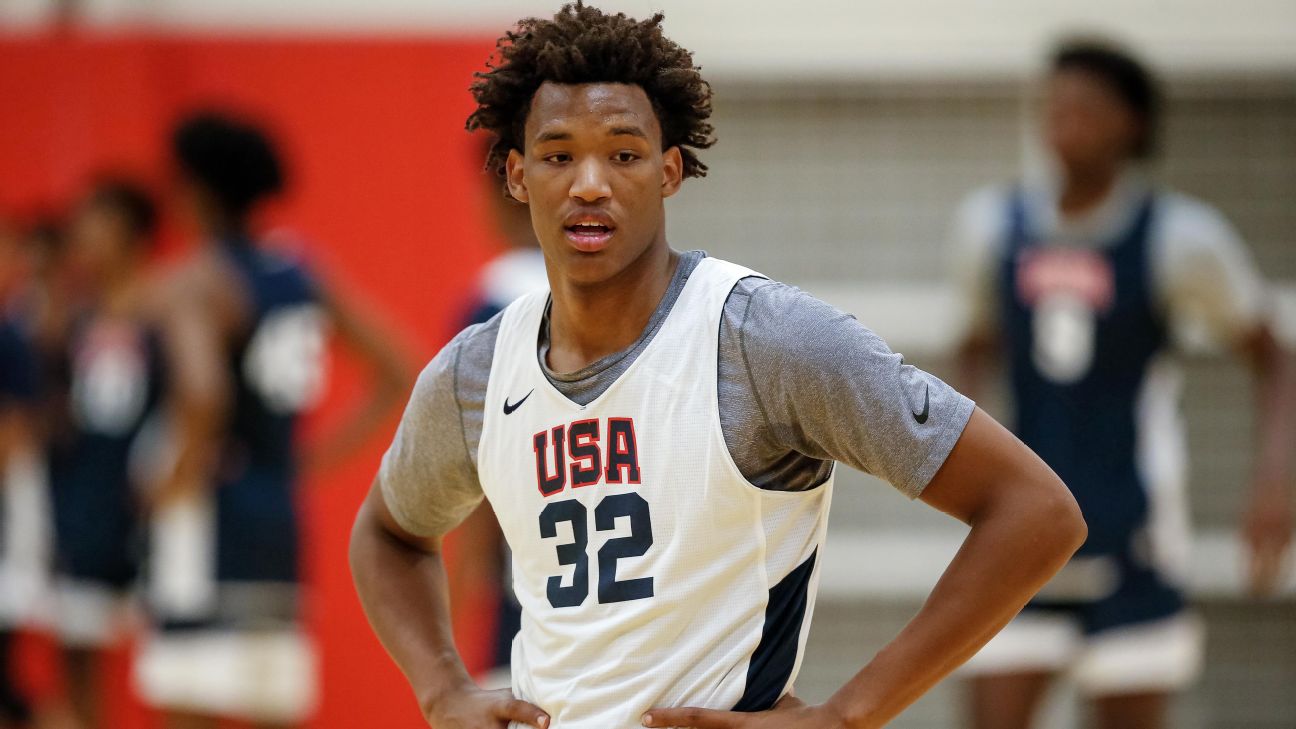 "They are a great program with a Hall of Fame coach," Moore told ESPN of Mike Krzyzewski and Duke. "I just feel like that is the best place for me to mature and get to where I want to be. Also, the family aspect of it. If I am fortunate enough to make it to the NBA, this is always a place I can call home."

North Carolina had been involved since early in Moore's recruitment, but he didn't end up taking an official visit to Chapel Hill. NC State and Wake Forest hosted him for visits in September, although Duke -- the heavy favorite -- got the last word when Moore visited the weekend of Sept. 22.

"It's always been a dream of mine to go to Duke, but just being on the official visit kind of put me over the top," Moore said.

Ranked No. 18 in the ESPN 100, Moore slots in as the No. 3 small forward in the country and the top player in the state of North Carolina. He's a well-built wing player who makes an impact at both ends of the floor, capable of consistently getting to the rim and finishing, and using his length to defend multiple positions. Moore averaged 17.3 points on 53.1 percent shooting from the field on the Nike EYBL circuit during the spring and summer, also contributing 6.4 rebounds and 3.7 assists.

Moore is Krzyzewski's first pledge in the class of 2019, with the Blue Devils getting off to a later start than expected. Duke has landed the No. 1 recruiting class in the country in each of the past three years and four of the past five. However, the Blue Devils have missed on multiple top targets in the past several weeks, including five-star guards Bryan Antoine (Villanova) and Josiah James (Tennessee).

With that said, Krzyzewski and his staff remain involved for a slew of highly ranked prospects. Duke is squarely in the mix for elite frontcourt players Vernon Carey Jr. (No. 3 overall), Isaiah Stewart (No. 4) and Matthew Hurt (No. 6), as well as top-50 guard Boogie Ellis (No. 40).