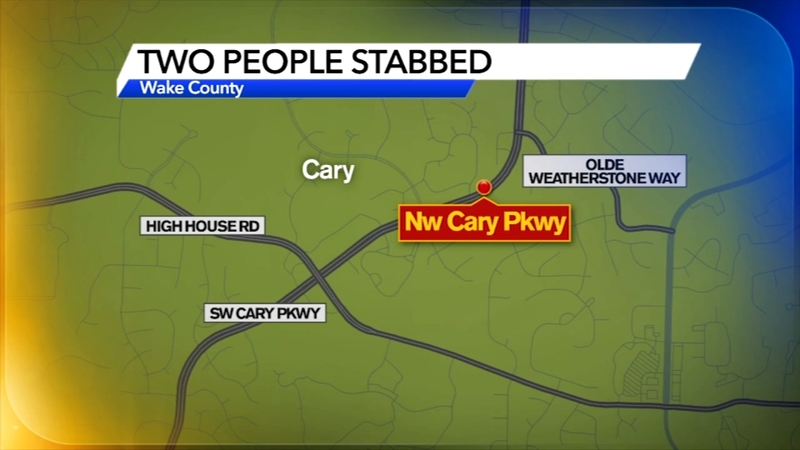 CARY, N.C. (WTVD) -- Cary police have made an arrest Thursday in the stabbing of two people.

At 8:19 p.m. on Wednesday evening, 911 dispatchers got calls from the area of 3803 Northwest Cary Parkway for a possible stabbing.

When police arrived they found two victims who were both taken to the hospital. One remains hospitalized with serious injuries. The other victim was released from the hospital after being treated for minor injuries.

Investigators say the case is domestic-related and the suspect is known to both victims.