Third stimulus check: There's still time to claim payment worth up to $1,400 per person 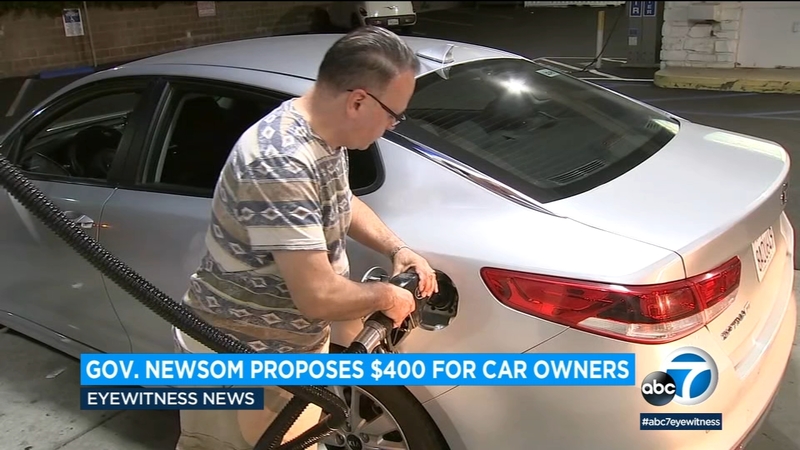 CA gas rebate plan: If approved, when will you start seeing payments?

There's still time to claim a third stimulus payment worth up to $1,400 per person.

Eligible taxpayers who didn't receive the payment or may be due more money than they initially received are allowed to claim a tax credit on their 2021 federal tax return by the April 18 deadline.

The vast majority of the third stimulus payments were automatically delivered to taxpayers' bank accounts or via a check in the mail last spring. The payments were authorized by the American Rescue Plan in March 2021 and were meant to help people struggling financially because of the Covid-19 pandemic.

But the payments were calculated last year based on the most recent federal tax return on file at the time. If a taxpayer's income or family size changed in 2021, the individual may be eligible for more money.

Other people may have missed out on the stimulus payment altogether. Those with incomes so low they don't have to file taxes may have never received their payment because the Internal Revenue Service did not have their information.

How much are the payments worth?

The third round of stimulus payments is worth up to $1,400 per person. A married couple with two children, for example, can receive a maximum of $5,600.

Families are allowed to receive up to $1,400 for each dependent of any age. Earlier rounds limited the payments to dependents under the age of 17.

Generally, low- and middle-income US citizens and US resident aliens are eligible for either a full or partial third-round stimulus payment.

Who may be eligible for more money?

Taxpayers who earned less money in 2021 than the previous year may be eligible for more money than they initially received from the third round of stimulus payments.

Individuals and families who added a child in 2021 -- through birth, adoption or foster care -- could be eligible for additional money. Families that added another kind of dependent, such as an aging parent or grandchild, may also be eligible.

Here's how to claim the payment on your tax return

Those who believe they are due more money must file a 2021 tax return, even if they don't usually file taxes, and claim what's called the Recovery Rebate Credit. If a taxpayer is eligible for more money, it will either reduce any tax the person owes for 2021 or be included in a tax refund.

In order to claim the Recovery Rebate Credit, a taxpayer will need information that was sent in a letter from the IRS in the past couple of months. Known as Letter 6475, it confirms whether a taxpayer was sent a third stimulus payment and the amount. Alternatively, that information can be obtained by accessing your IRS online account.