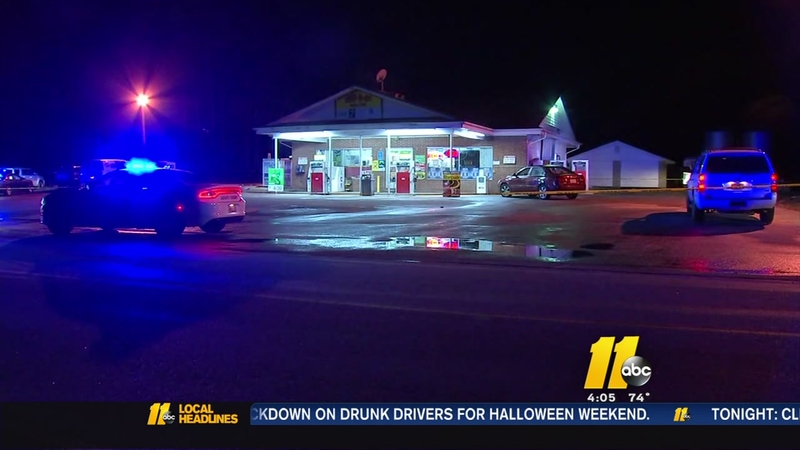 ZEBULON, NC (WTVD) -- The Johnston County Sheriff's Office is investigating after a store clerk was shot to death inside the Shop N Go convenience store near Zebulon late Thursday night.

The sheriff's office received a panic alarm notification at the convenience store in the 13000 block of NC Hwy 39 North around 11 p.m.

Deputies arrived on the scene to find the store clerk and another employee had been shot. The store clerk, 29-year-old Al Shami Esmail, died at the scene.

The other store employee, 51-year-old Ricky Lynch, was taken to WakeMed in Raleigh with serious but non-life threatening injuries.

Surveillance footage shows two masked robbers entering the store and robbing the clerk, detectives said. During the robbery, shots were fired by the suspects and they quickly exited the store and fled from the scene on a dark colored sedan.
Regular customers told ABC11 Friday that they're shocked by the shooting.

"It makes me mad. I mean you got two guys trying to provide for their families and then someone just decides to come and take their life for no reason just for a few bucks," said Ryan Whitaker.

"I hope they capture the people that did this and throw the book at them. It's just so sad," said Carol Haskins.