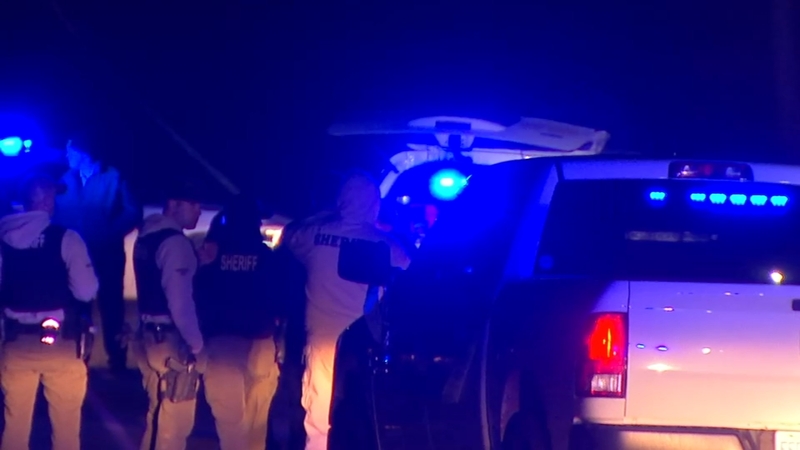 ABC11 crews were at Reavis Road off Highway 15 where deputies spent hours around a white truck surrounded by crime scene tape.

Granville County Sheriff John Hardy confirmed Thursday morning that a deputy fired his weapon, and a suspect at the scene died.

On Thursday evening, the sheriff's office released new details of the incident.

It all started Wednesday after deputies responded to a 911 hang-up call and disturbance just before 5:30 p.m. at a home in the 7600 block of Reavis Road.

Deputies were told that a man had committed an assault and had left the residence with a shotgun.

Deputies left after they were unable to find the man. But about an hour later, a second 911 call saying the man with the shotgun had returned sent deputies back to the home.

When deputies got there, the man left the house and ran into the woods. As deputies were searching for him, the man fired at the deputies. A deputy returned fire striking the suspect.

The 23-year-old man was rushed to Duke University Medical Center where he later died from his injuries.

The North Carolina State Bureau of Investigation is investigating as is standard procedure.

No deputies were injured, and the deputy who shot the subject has been placed on administrative leave pending the outcome of the investigation.

The suspect's identity has not been released.