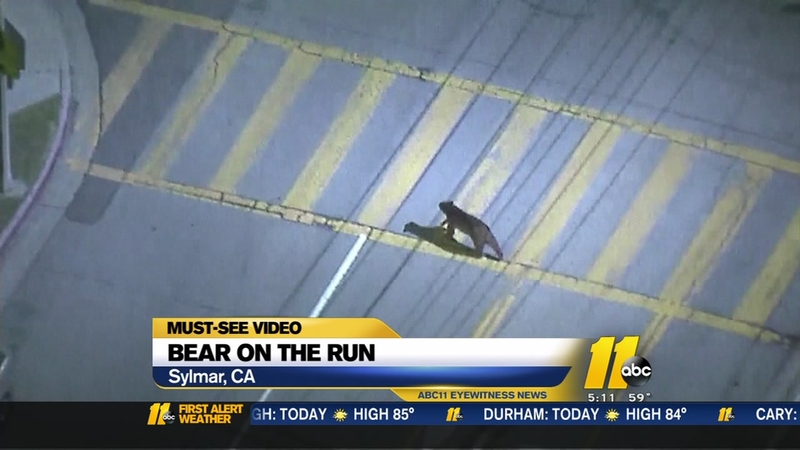 Bear on the run

SYLMAR, LOS ANGELES -- A bear was spotted roaming a neighborhood near a college campus in Sylmar on Monday.

Officials said the large bear was spotted in the 13300 block of Eldridge Avenue near the campus of Los Angeles Mission College.

A video showed the bear sprinting and climbing trees and fences in an attempt to get away from law enforcement officials.

Authorities asked students and faculty near the campus to stay inside as they attempted to safely capture the bear.

The Department of Fish and Wildlife said the bear was finally tranquilized in the front yard of a home.

Officials stated the bear looked to be about 1-years-old, weighed 125 pounds and appeared to be healthy.

Fish and Wildlife said the bear was medically checked before being returned to its habitat.