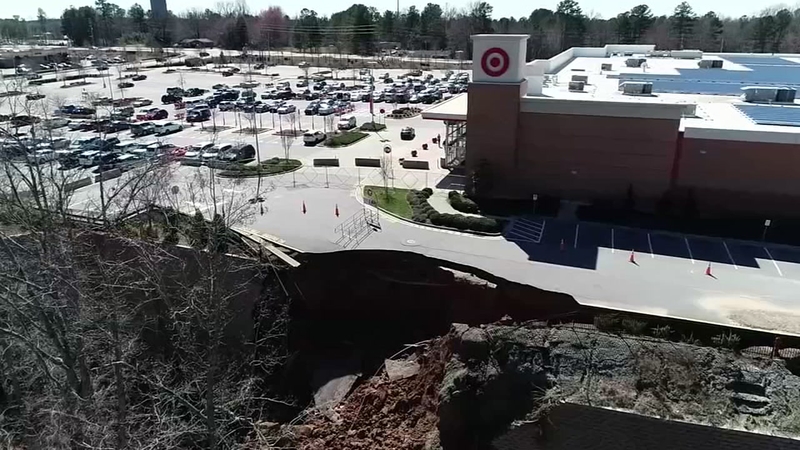 Staffers at the Target at 100 Grand Hill Place are doing hourly checks around the building and looking for possible hazards. Crew members are on "fire watch." A town official said Monday that the sprinkler system is not working and the store is only staying open under these conditions on a temporary basis.

The fencing is hanging off and stonework has crumbled. A retaining wall gave way over weekend outside Holly Springs Target. Crew working on repair now. Store still open - even though there’s no running water inside right now. #ABC11 pic.twitter.com/yGJ4cBwnbK

The store lost water, which is used for the sprinkler system, after the retaining wall outside the store collapsed after a week of steady rain.

One customer said a notice should have been posted in the store.

The Starbucks inside the Target is closed until repairs are made. 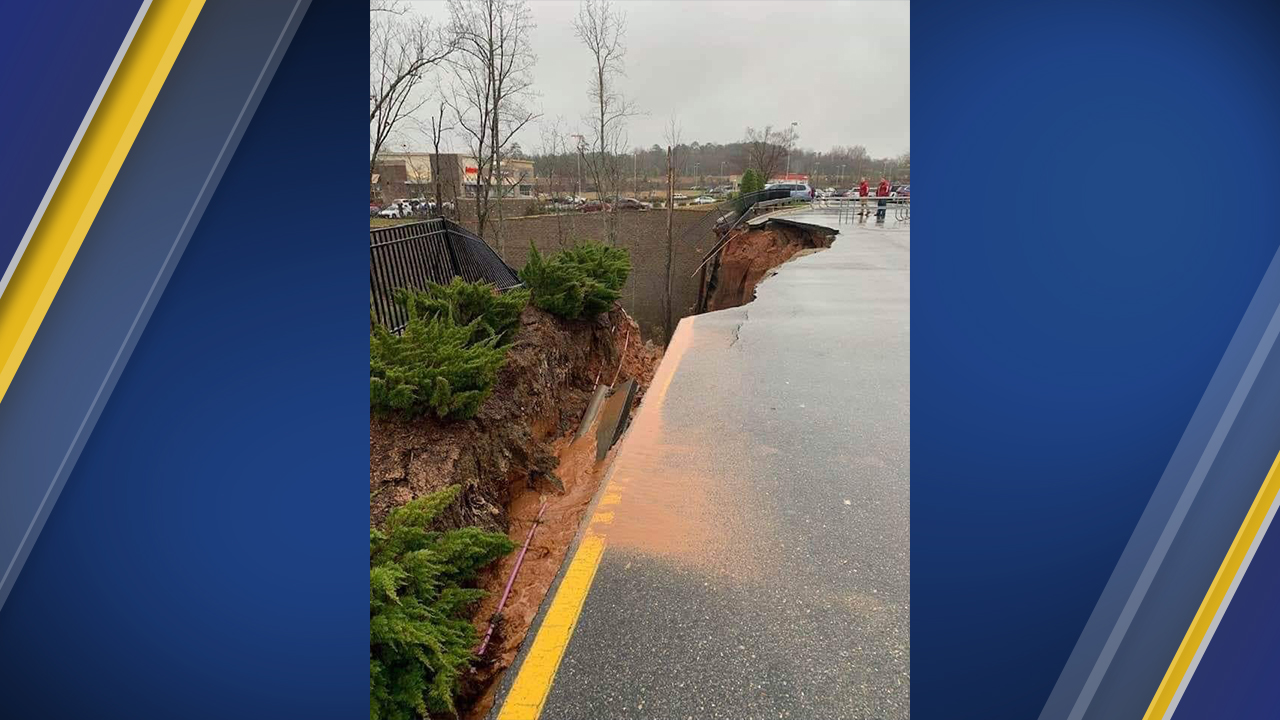 The restroom area is also closed. Portable toilets and temporary wash stations have been set up outside the store.

An official isn't sure when the water will be turned back on but said a company is supposed to insert a valve shortly.

Officials said all of that recent rain may have caused the retaining wall to give way.