13,000 NC immigrants live in limbo due to decades of temporary immigration status 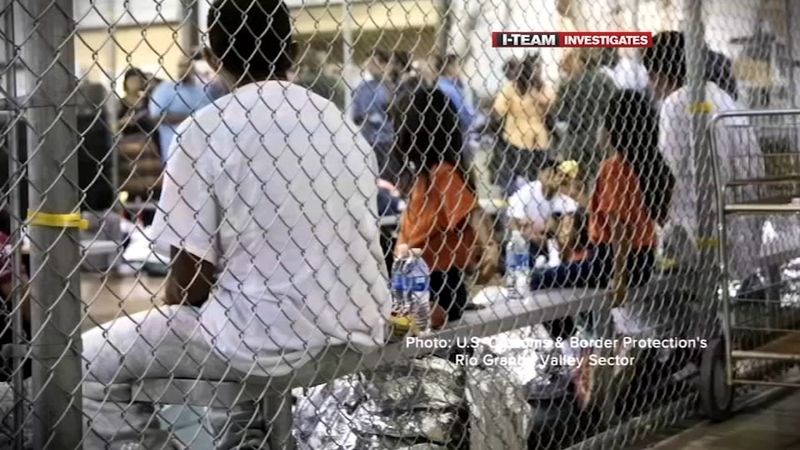 DURHAM, N.C. (WTVD) -- Sylvia Diaz has much to be thankful for this holiday season.

"I'm here so that my children can be here to support their grandparents and their children," Diaz, an immigrant from El Salvador, said to ABC11. "I'm here to work. I'm here to make my life. There are people that live from the government, but that's not me. That's not us."

Diaz is among more than 13,000 people living in North Carolina with Temporary Protective Status (TPS), a legal immigration protection designated by the U.S. Department of Homeland Security. She was able to get that status because she happened to have been in the U.S. when a devastating earthquake hit her home country.

"In my neighborhood it was very bad," Diaz recalls. "A lot of people died because their houses collapsed on top of them."

Still, because Diaz's two sons, Antonio and Danny, were not in the U.S., they have never been able to attain the same legal status as their mother. The TPS program also offers no path to citizenship.

"I want them to be here," Diaz said of her sons. "I want to celebrate with them, and I'm hoping to God they'll be here by Christmas."

Congress created the TPS designation in 1990 as a way to protect foreign nationals in the U.S. from "conditions in the country that temporarily prevent the country's nationals from returning safely, or in certain circumstances, where the country is unable to handle the return of its nationals adequately."

"Because an enormous earthquake happened right now or the country is torn apart in civil war or there's Ebola -- this is not the time for the U.S. to say, 'Time for you to go home. Best of luck,'" Evans said. "We will give you a stay of deportation on a temporary basis and a work card while you're here so you have work authorization and you can sustain yourself while you're in this limbo land."

What was designed was supposed to be temporary. However, it has emerged as a perennial state of "limbo land."

"You can't say, 'Hey my country is really bad, I should get Temporary Protected Status,'" Evans explained. "The country itself has to be designated for this."

And the people who qualify for TPS have to be in the U.S. at the time, which is why Diaz's two sons are not eligible.

"Maybe in 1990 we thought about this as let's just take a pause and let people stay here as we understand the situation," Evans said. "Now we need to think about what do we do with a generation of people who have been here?"

Indeed, data obtained by the I-Team shows more than 13,000 TPS holders in North Carolina and 11,000 children born here to a parent with TPS.

"Let's think about from a North Carolina standpoint let's deport 13,000 people and we'll deal with their kids. As a public policy matter, maybe that doesn't make sense," Evans said.

There have been many countries where the federal government did in fact end TPS, including Kuwait (1992), Rwanda (1997) and Sierra Leone (2017). El Salvador, Haiti and Honduras, however, continue to have its TPS designation renewed, despite attempts by the Trump Administration to end the protections.

"Today's agreements will significantly help the U.S. and our partners in El Salvador confront illegal migration and will strengthen the entire region as we approach the implementation of asylum cooperative agreements," Acting Secretary of Homeland Security Kevin K. McAleenan said last month at the latest extension for El Salvador's TPS designation until 2021. "El Salvador has proven to be a close and trusted ally to the U.S. Our close geographical proximity, common principles, and democratic values have led to a strong partnership over the years, from addressing historical migration flows to efforts to build a more stable and prosperous region."