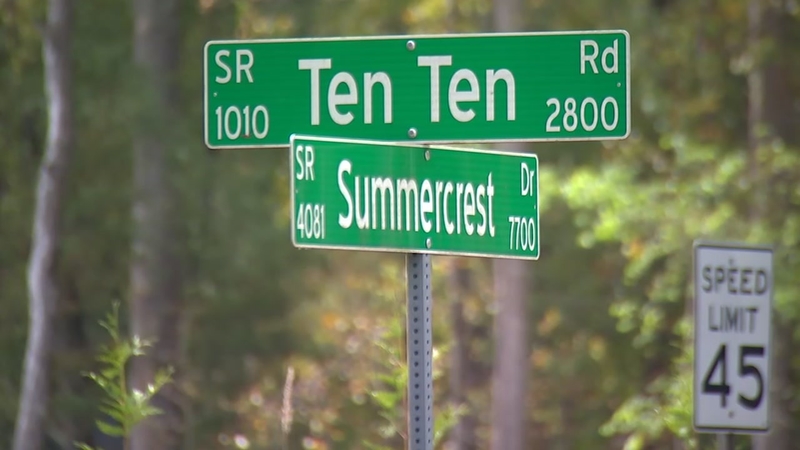 APEX, N.C. (WTVD) -- Apex resident Joe Curcuru stood on his front porch while showing that Ten Ten Road could soon be moved closer to his house and near the stairs.

He is one of several residents that will be affected by the state's plan to widen Ten Ten for a three-mile stretch from Apex Peakway to Kildaire Farm Road.

Curcuru is worried his property value is going to plummet.

. @NCDOT is looking to widen Ten-Ten Road to either four to six lanes. It would require the state to purchase 17 homes & 6 businesses, including a Sheetz. As part of plan, graves at a private cemetry would also have to be moved to a new location. #ABC11 pic.twitter.com/ESwuOzJj1j

The state's plan requires the purchase of 17 houses and six businesses, including the Sheetz near US-1.

There is a private cemetery that would also have to be moved. Graves would need to be exhumed and transported elsewhere. NCDOT said it would work with an archeologist.

At a public meeting, Knights Play Golf Center owner Kevin Jones was considering ways to redesign part of his course based on the plan.

"Those holes may have to be shortened or moved," he said while looking at large scale maps.

NCDOT said the widening will help with flow and improve safety for drivers.

The NCDOT said the plan is not final, and it could be tweaked.

"I'll be honest, I think it's lip service. You can't make everyone happy," Curcuru said.

The project is expected to cost $54 million.