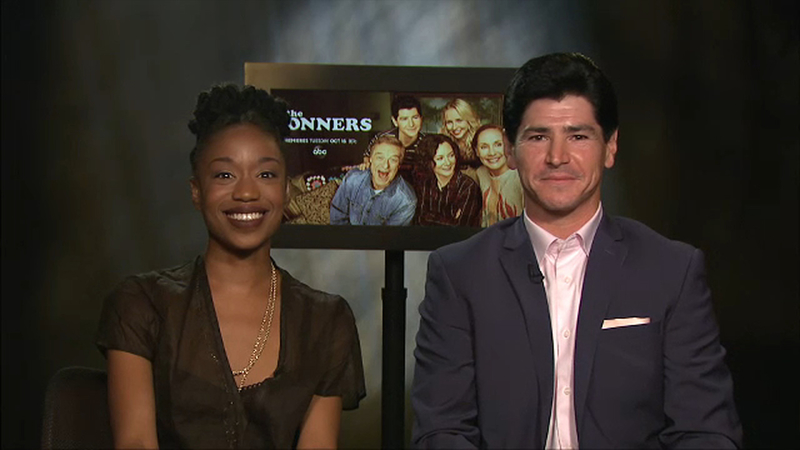 NEW YORK -- The Conner Family is back and coping with the loss of their matriarch. In this post-Roseanne spinoff series, The Conners, the family deals continues to deal with "blue-collar" every day issues of life in Lanford.

"I think what people can really resonate with is that the tone and the show that they've always loved is returning," Fishman said. "And that there is a transition period, but that the fans have 30 years of connection to bridge that gap with us."

Fishman and Robinson's characters are married to each other on the show and parents to Mary. They joked that they put up with each other, but they think fans will love to learn more about their family dynamic.

"It's playful and it translates on the screen as well," Robinson said. "So we get to be playful and you're going to get a chance to see D.J. in a way that you haven't seen him before as well."

Fishman said that this season all of your favorite extended family members will be back, played by guest stars Estelle Parsons, Natalie West, and James Pickens, Jr.

In addition, there will also be many guest stars like, Juliette Lewis who is playing Johnny Galecki (David's) girlfriend "Blue," and Justin Long as well.

Don't miss the premiere of "The Conners" tonight at 8/7c on The ABC Television Network, streaming and on demand.

The premiere event you don't want to miss. #TheConners begins TONIGHT at 8|7c on ABC! pic.twitter.com/kWMo8rexwA