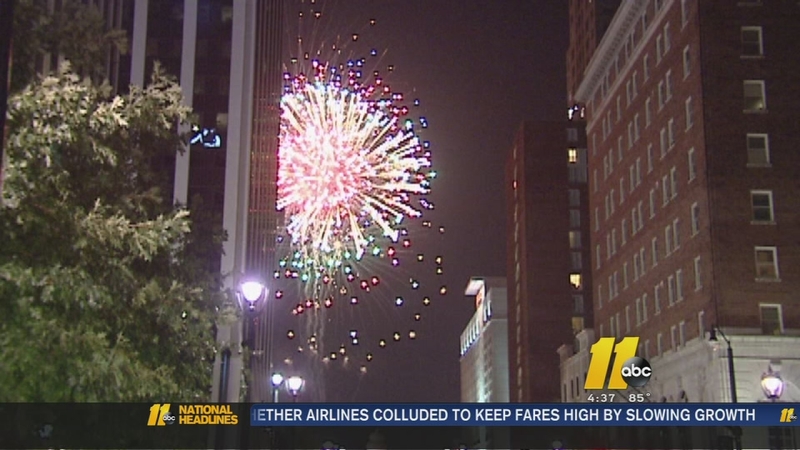 Extra security in place for The 'Works

RALEIGH (WTVD) -- The flags are up, the preparations are underway, and in just days, people will be packing the streets in downtown Raleigh to celebrate the 4th of July.

And, with heightened awareness across the county of a possible terror attack, Raleigh Police and event coordinators are taking every precaution to put security in place.

Raleigh's fireworks show is the finale to an all-day street festival that draws tens of thousands of people downtown.

Raleigh's Police Department says it gears up for these special events in advance.

"There will certainly be a security force and security plan in place that is capable of handling anything that might arise," said Jim Sughrue with RPD.

However, federal authorities are asking for heightened awareness this holiday weekend. They're concerned about ISIS-inspired attacks on America's Independence Day, when large groups of people are gathered.

Sughrue told ABC11 there will be plenty of security this year.

RPD won't provide specific numbers of officers on the street, or watching the event from above.

"It would not be in the public's best interest for us to disclose the details of security plans. We don't want to send the signal to anybody."

Organizers and law enforcement said they've been setting up security for several months leading up to this weekend, and they want everyone to just come down and have a good time.

"It's all geared toward providing the family-friendly atmosphere people expect," Sughrue said.