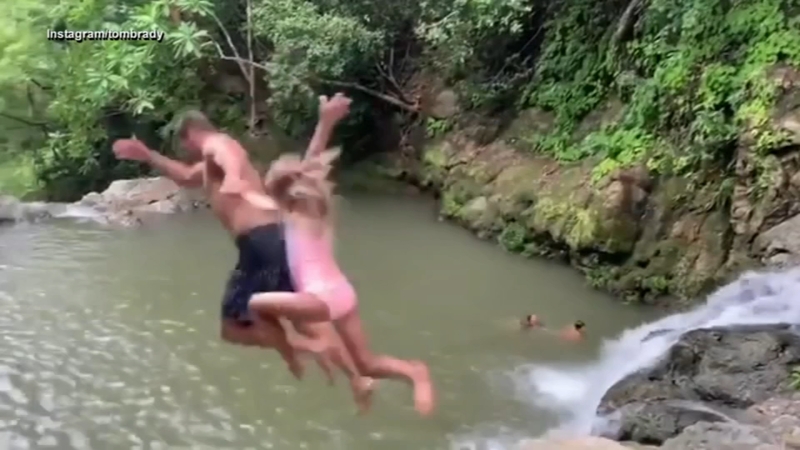 NFL quarterback Tom Brady is stirring up some controversy over an Instagram post with him and his daughter.

The video post shows the New England Patriots quarterback and his 6-year-old daughter leaping from a cliff during a family trip in Costa Rica.

He posted the video saying,"If Viv is going to be an Olympic champion one day, it probably won't be in synchronized diving. Daddy always gives her a 10 though!"