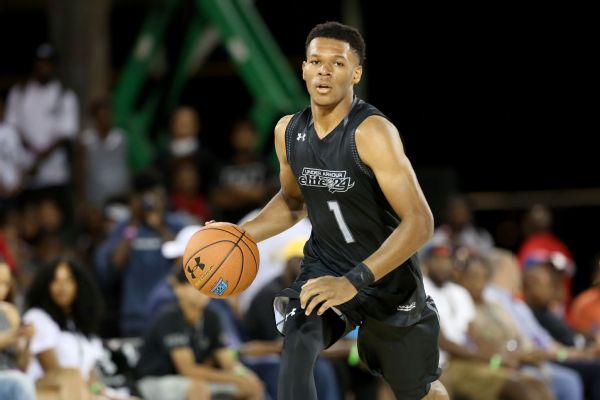 DURHAM, North Carolina (WTVD) -- Duke Basketball lost out on a highly regarded recruit last weekend. However on Monday, Guard Trevon Duval, a 5-star prospect, announced he'll be a Blue Devil, joining the class of 2017 with a clever video posted on Twitter.

Five-star recruit Trevon Duval has made his college decision. pic.twitter.com/z14V88T2d3

At 6' 3", Duval is considered the top point guard in the class and a top five player overall.

He's the second player to commit to Duke following the announced departure of Frank Jackson. Jordan Tucker (ESPN No. 40) committed over the weekend.

In the video Duval says ""I'm excited to evolve as a student, as a basketball player and now, and forever, as a Blue Devil."

Meanwhile Duke fans everywhere exclaimed "WHOOO-HOOO!", or something to that effect.

Jackson's jump left a major void at the point.

Monday's announcement shores up a roster turnover that is unprecedented. Four guys (including three freshman) are leaving Duke early for the NBA.