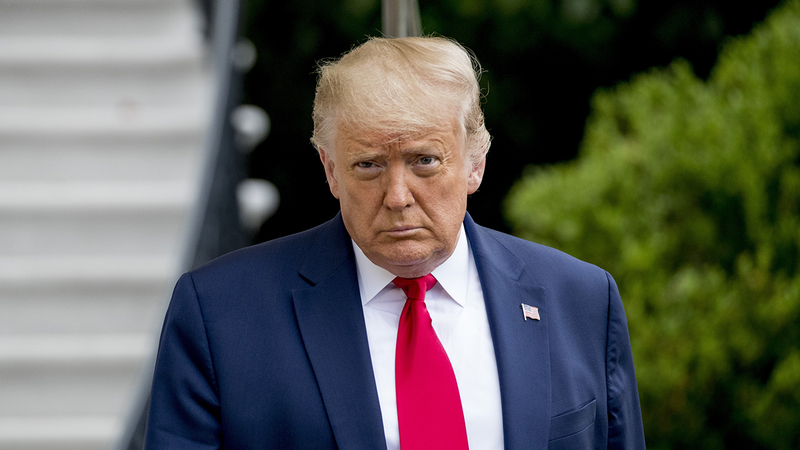 President Donald Trump is facing some of his worst marks yet for handling the coronavirus emergency and race relations in America, according to a newly released ABC News/Ipsos poll.

The poll shows that two thirds (67%) of Americans disapprove of how the president handled both issues.

While the vast majority of Democrats were predictably skeptical of his job dealing with the pandemic and protests, a whopping 73% of independents also disapproved.

This is a sharp drop in independents' approval of Trump's COVID-19 response. In mid-June, 40% showed approval when the same question was asked. Now it lands at 26%, according to the poll.

Even Republicans are less inclined to back the president, the poll shows. Only 78% approved of the president's handling of the coronavirus, compared to 90% in mid-June. Similarly, more than two-thirds of Republicans approved of his dealings with race relations, a stark contrast from the 91% of Democrats and 74% of independents who showed disapproval.

From May 8, 2020: Americans, by a large 30-point margin, are resistant to re-opening the country now, according to a new ABC News/Ipsos poll released Friday.

More than half (57%) of white Americans and an overwhelming majority of Black Americans (92%) and Hispanics (83%) disapproved of the president's handling of this issue.

Trump's June began with his Bible-clutching photo op outside a church after authorities used chemicals and batons to scatter peaceful demonstrators. By month's end, he was downplaying a COVID-19 upsurge that was forcing western and southern states to throttle back their partial reopening of businesses.

One Republican strategist told the Associated Press that key GOP leaders were telling Trump they're worried about his campaign and he should heed polls showing him in trouble. Another said Republicans worry the GOP brand of cutting taxes could be overshadowed by Trump's drive to defend Confederate monuments.