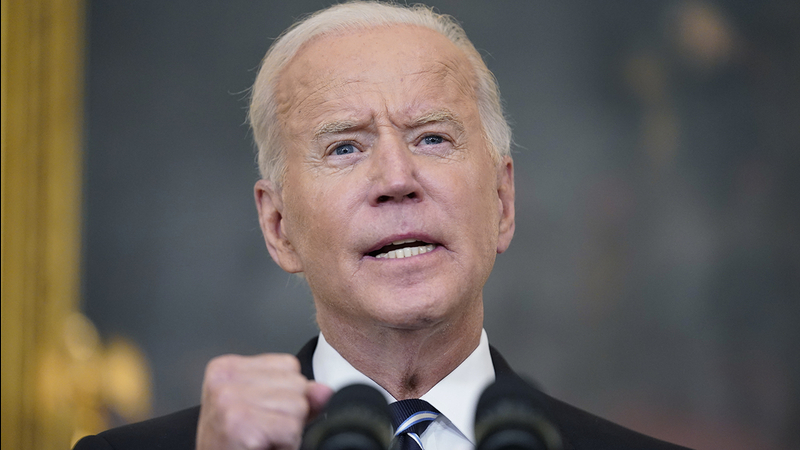 WASHINGTON, D.C. -- President Joe Biden on Thursday blasted travelers who harass flight attendants because they don't want to wear a face mask and announced fines would double for those who don't comply with the US federal transportation mask mandate.

"If you break the rules, be prepared to pay," Biden said, speaking from the White House. "And by the way, show some respect. The anger you see on television toward flight attendants and others doing their job is wrong. It's ugly."

In recent months, there have been many incidents involving flight attendants and travelers who refuse to wear a face mask and several videos of these encounters have gone viral on social media.

On Friday, the top fine for violating transportation face mask requirement is set to double. The civil penalties will now range from $500 to $3,000, the Department of Homeland Security said. The previous range was $250 to $1,500.

The comments about flight attendants came as Biden delivered a speech on his new stringent vaccine rules on federal workers, large employers and health care staff as part of a new push to contain the latest surge of COVID-19.

President Joe Biden on Monday encouraged Americans who have been waiting for full approval from the FDA to go get vaccinated against COVID-19 after the FDA approved Pfizer-BioNTech's vaccine.

The new requirements could apply to as many as 100 million Americans, according to the White House, and amount to Biden's strongest push yet to require vaccines for much of the country.
More than 4,000 alleged face mask violations have been reported to Transportation Safety Administration this year, spokeswoman Jessica Mayle told CNN. Most of those incidents have at least resulted in a warning letter being sent, and TSA has so far referred 126 to the civil fine process, she said.

The requirement is now in place through mid-January and applies to airplanes, trains and buses, as well as hubs like airports and train terminals. Homeland Security Secretary Alejandro Mayorkas said in Thursday's announcement that officials "will continue to enforce the mask mandate as long as necessary to protect public health and safety."

Alex Presha has more on the president's six-point vaccination plan for the nation.

The TSA civil penalties are separate from the fines the Federal Aviation Administration assesses on passengers who act out on airplanes. About three-quarters of the 4,184 unruly passenger incidents separately reported to the FAA involve alleged violations of the mask mandate.

TSA Administrator David Pekoske acknowledged to CNN in an interview on Wednesday that in-flight disturbances are sometimes sparked by the face mask mandate, and that he is concerned especially about the ones that escalate to physical assaults.