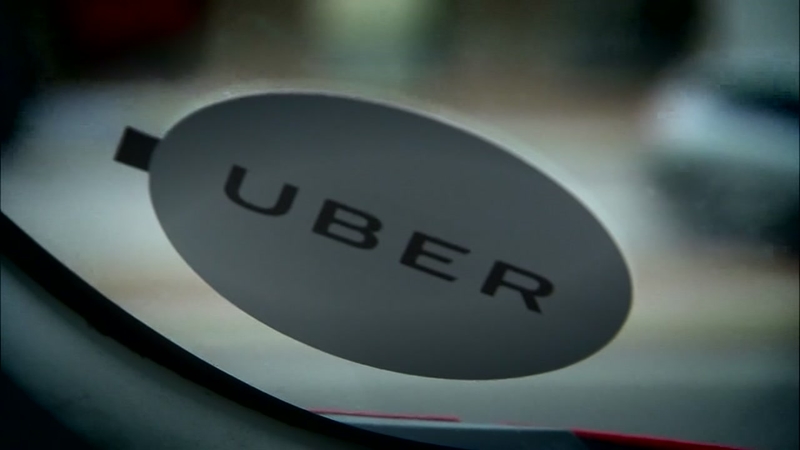 RALEIGH, N.C. (WTVD) -- Uber has been pumping the brakes when it comes to speaking out about driver background checks. The company is now sharing how drivers are screened in North Carolina in the wake of one Raleigh woman's terrifying ride.

Her driver, Devin Stenulis, was arrested in the middle of the ride and charged with impersonating an officer. Police said he had a gun inside the car at the time.

Officers placed Chirico in the back of a police cruiser while Stenulis was arrested.

"It was kind of shocking because he seemed like an unassuming person," Chirico said.

As an Uber driver, Stenulis had a near-perfect rating. It was 4.95 and there was a diamond next to his picture.

Stenulis, who used an alias on the app and went by "Spyke," had several other charges stacked against him.

In July 2018, he was arrested in connection with a shooting in Johnson County while he was working as a bail bondsman. He was charged with three felonies in that case.

In May of 2017 in Raleigh, he was arrested and charged with impersonating an officer.

He was hit with the same charge again this past December and handcuffed in the middle of a ride.

He started driving for Uber in October 2018.

Stenulis is no longer allowed to drive for Uber. A spokesperson said what did he was awful, and they're glad he's off the platform.

Uber said the screening process is based off North Carolina regulation, which means only convictions go on a background check. Pending charges, which Stenulis had, would not show up.

The multi-billion-dollar company said it runs background checks every year to make sure drivers remain in good standing.

Uber is revving up efforts to let the public know safety is a priority.

"You've got my word that we're charting an even better road for Uber and for those that rely on us," said Dara Khoscrowshahi in a video promo which was posted on YouTube.

Still, incidents are sprouting up.

According to a recent CNN investigation, Uber is managing nearly 1,200 complaints every week.

ABC11 asked the Raleigh Police Department for data on how many incidents there have been last year regarding Uber drivers.

Other cities are tracking the information.

Raleigh said it couldn't provide numbers for the incidents in the city.