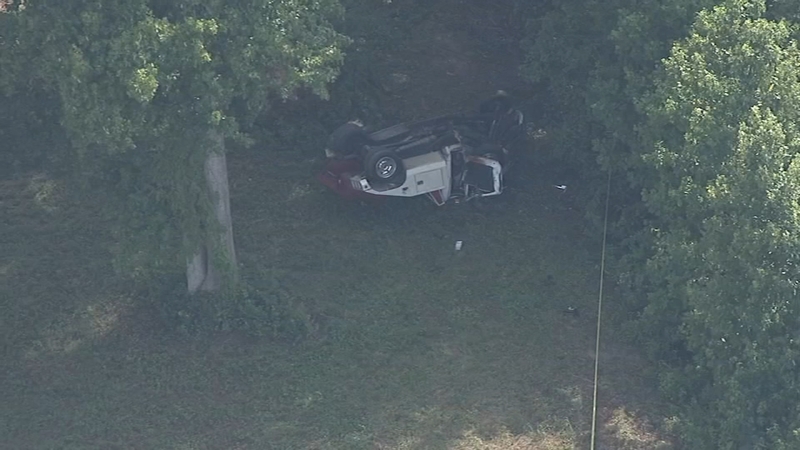 CLAYTON, N.C. (WTVD) -- The North Carolina State Highway Patrol Trooper who shot and killed a driver during a July 1 chase was justified in his use of force, according to Johnston County District Attorney.

Trooper Joshua Kiser shot and killed Enrique L. Lopez, 26, as he led law enforcement on a chase in a stolen tow truck. Lopez veered off US 70 Business and crashed into a tree.

RELATED: Lopez's girlfriend stabbed to death prior to police chase

According to the State Bureau of Investigation, Lopez was shot twice in the back, puncturing his liver, right lung and pancreas. Those wounds resulted in his death.

The whole chase started shortly after 4 p.m. on July 1 when a man called to report that his tow truck had been stolen with a shotgun inside.

Law enforcement quickly located the tow truck on northbound I-95 driving the wrong way. After the truck exited the interstate, officers tried to pull it over. Instead, the driver, later identified as Lopez, crossed the center line into oncoming traffic and tried to hit an oncoming Johnston County Sheriff's Office patrol car.

According to investigators, Lopez continued to swerve and cross the center line--running multiple vehicles off the road and throwing items out of the truck.

Lopez then turned onto US 70 Business West. There he pointed a shotgun out of the driver's side window and started shooting at pursuing officers.

SBI said that's when Trooper Kiser returned fire. He fired a total of 11 shots, and Lopez soon thereafter crashed into the tree.

Johnston County District Attorney Susan Doyle said Kiser was justified in his use of force and would not face any criminal charges.