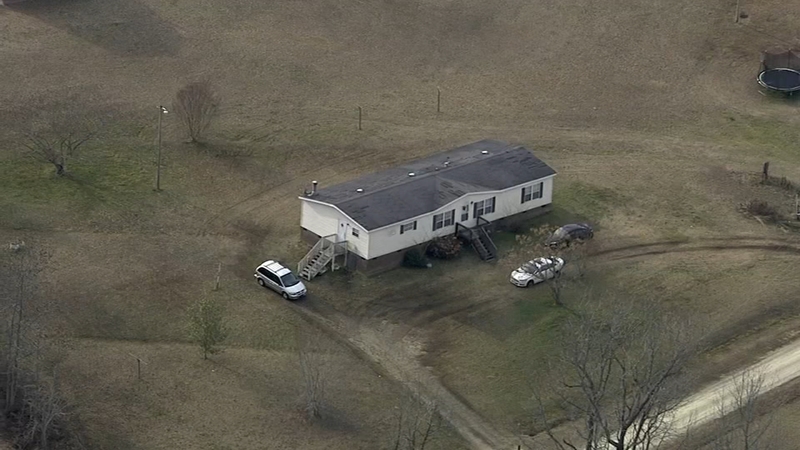 HENDERSON, N.C. (WTVD) -- A kidnapping in Vance County ended in a shootout in Georgia.

It all started Monday at a home on Catherine Weldon Lane in Henderson.

The suspect drove the victim all the way to Banks County, Georgia, and when authorities moved in on him gunfire was exchanged.

Vance County deputies responded to a breaking and entering call "in progress" at the home about 6:30 p.m. but when they arrived, the suspect, Robert Brodie Jr. had taken off.

Deputies said he apparently burst into the home with a gun and forcefully removed the woman from the home and made her get in his car.

Deputies there spotted Brodie's car in the parking lot of a Super 8 Motel in Banks Crossing, and when they confronted him, he shot the woman and then exchanged fire with law officers.

A deputy was shot in the hand and his bulletproof vest was pierced by a bullet.

All three were taken to a hospital.

The deputy is expected to be OK but the condition of the woman or Brodie is not immediately known.

Brodie is facing charges that include first-degree breaking and entering, first-degree kidnapping and possession of a firearm by a felon.

The sheriff's office hasn't said whether the incident was random.