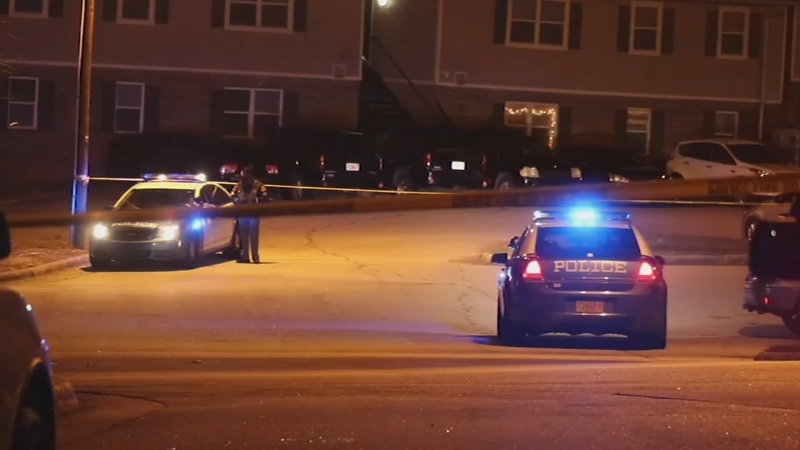 RALEIGH, N.C. (WTVD) -- As gun crime surged in the city, Raleigh Police Chief Estella Patterson spoke to ABC11 about the all-out efforts at Raleigh PD to reduce the alarming gun violence numbers. She also pleaded for the public's help -- from the residents in the neighborhoods to the city's corporate high rises.

Just four months into the year and there have been 13 deadly shootings in Raleigh. Then came Tuesday night -- a teenager was shot in the head outside of a New Bern Avenue gas station.

"(These crimes) touch me. Because I could've been that kid. I was born and raised in this area," said James Montague, one of Raleigh's more well-known Black entrepreneurs.

Montague was born into poverty and raised in southeast Raleigh public housing. He's now president and CEO of F7 International, the Raleigh-based real estate development firm -with a multi-million dollar portfolio of properties.

Montague spoke to ABC11 about the role companies have in helping the city escape the crisis of gun violence.

"I think businesses like mine, companies like f7, we have a major role in trying to change the stem of what's going on," he said.

Raleigh real estate developer, James Montague, born and raised on the city’s SE side, on the role of businesses in helping stem the tide of rising gun violence

“I don’t think one person can do it. But, together we owe it to the community to try.” #abc11 pic.twitter.com/n6xEqz8m3S

In the one-on-one interview with Chief Patterson, she underlined successes in getting more stolen guns off Raleigh streets. "I have set a goal of reducing our violent crime by 15 percent by the end of the year," she said.

But Patterson lamented the rising crime -- including the deadly bloodshed happening at higher rates in the city neighborhoods heavily populated by ethnic minorities.

"We need the community to help us in our efforts to combat this violence," Patterson said.

Montague is answering the call, in part, when his company broke ground on Montague Plaza in southeast Raleigh last year.

"We have to do it together," he said. "I don't think one person can do it. But, together we owe it to the community to try to do it."

The plaza is part shopping center, part STEM center for Raleigh youth. A place to train Raleigh high-schoolers in science, tech, engineering and math as it relates to construction -- getting them off the streets and on a path to benefiting from the city's growth.

"We look at young people as impediments to community growth. They're not impediments. They need to be community leaders," Montague said. "So it's up to us as business owners to stand up and say, 'It's you guys' turn to lead the community.' But we have to give them the tools; to equip them to do those things."

With so many new companies moving into the Triangle, Montague says it's incumbent upon them all to invest in the problem-solving too -- including gun violence. Montague says he'd be a willing partner to any business that wants to get involved.