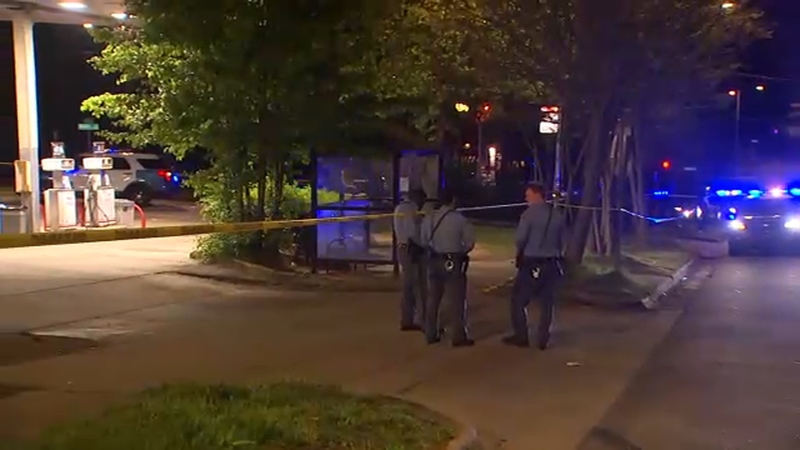 The shooting happened just steps from the Alamo Draft House and down the street from WakeMed. It was the second incident where a teenager was shot in Raleigh in the past several hours.

Just have arrived to the scene of this shooting in @RaleighGov. Police tell us a teenager was shot standing outside this convenience store #abc11 #BreakingNews pic.twitter.com/VHzfPM0dl9

Investigators told ABC11 that two men in an SUV might have come up and shot the teen while he was standing outside the store. Eyewitnesses told police that someone got out of a white car at a twisting turn that leads to Boyer and Waldrop streets and began shooting. Shell casings were found in that area.

A store clerk said the teen had stopped in to buy cigarettes just before being shot.

ABC11 was told, "it's not looking great for the victim."

Clerk here tells me he was passing cigarettes through the drawer and all of a sudden this person got shot. @raleighpolice say the victim is a juvenile #abc11 #BREAKING pic.twitter.com/prP0a0qqli

A police spokesperson told ABC11 that he believes the teen is 17 or 18. Police said they haven't determined whether the victim was targeted but described his injuries as "life-threatening."

The shooting remains under active investigation. Check back in the morning for updates.