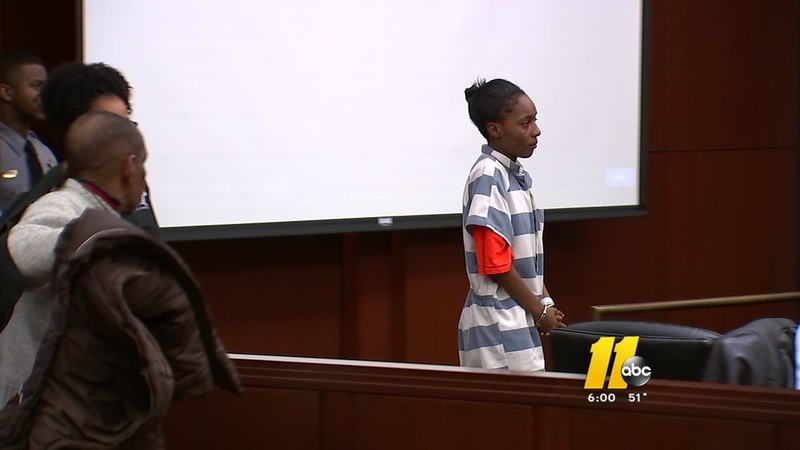 RALEIGH, NC (WTVD) -- A Wake County judge has set a $100,000 secured bond for the mother of the 1-year-old baby seen smoking in a viral video on Facebook.

Brianna Ashanti Lofton, 20, of Raleigh, was arrested and charged with two counts of felony child abuse, contributing to delinquency and possession of marijuana on Wednesday.

The Raleigh Police Department has arrested the mother of the baby seen smoking in a viral video on Facebook.

During her first court appearance, Lofton was found to have been on supervised probation with other pending cases against her.

The ADA explained evidence of at least two separate times that this happened.

The 20-year-old mother of the 1-year-old baby seen smoking in a viral video on Facebook made her first court appearance on Thursday.

Lofton could face up to 17 years if convicted.

The judge also ordered Lofton to have no contact with the child.

Her court date is set for April 12.

ABC11 reached out to several doctors to see how the baby's development could be affected by being forced to smoke marijuana.

DeMeo said this type of exposure is rare

"We know that children who are in households where there's exposure to secondhand tobacco smoke ... that obviously is not good for their lung development. There's a higher instance of things like asthma and breathing problems," he said.

Dr. Mike Steiner, who is the Chief of the Division of General Pediatrics and Adolescent Medicine at UNC, had an even more ominous assessment.