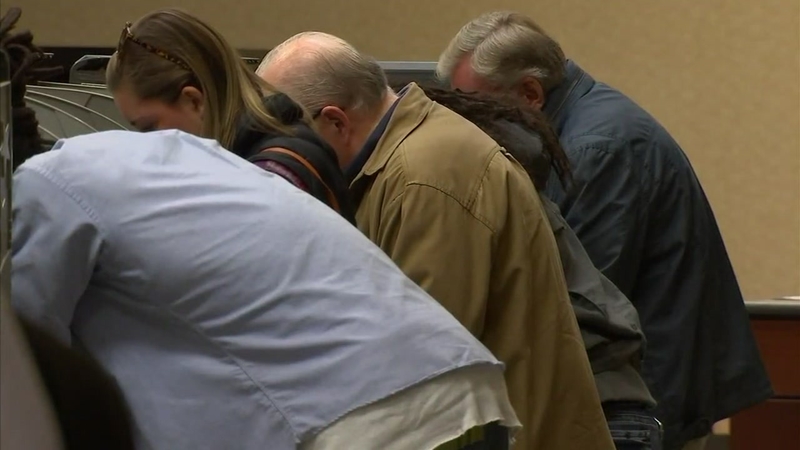 RALEIGH (WTVD) -- The North Carolina Senate on Thursday swiftly wrapped up the final vote on a proposed bill that spells out which photo identifications will be accepted to cast a ballot.

The 30-10 decision in SB824's third reading means the legislation now moves to the House of Representatives, which is also expected to support the bill. Once that happens, it's up to Governor Roy Cooper (D) to choose whether or not to sign the bill into law.

"Our goal is to defend against potential voter fraud but not make it difficult to vote," Sen. Joyce Krawiec (Forsyth & Yadkin) told lawmakers on Wednesday when she introduced the bill to committee. "We've been exceptionally transparent and no one will be disenfranchised from voting."

The 16 page SB824 on Voter ID earned three votes from @NCSenateDems, while @MyNCSenate endorsed six amendments to the bill. @JoelBrownABC11 has a great recap of what it all means: https://t.co/Mjq6FZCjYb @ABC11_WTVD #ncpol #ncga

The remaining Democrats, however, cited their request for more time to implement Voter ID as a main reason to oppose the bill.

"This still feels somewhat rushed," Sen. Terry Van Duyn (D-Buncombe County) asserted. Democrats want Republicans to slow down--insisting the GOP is trying to jam the voter ID rules through while they still have enough members to override any veto from Gov. Roy Cooper.

According to SB824, college ID's would be accepted to vote, including community colleges and private universities. Municipal government ID's that meet state requirements would also be accepted, along with driver's licenses, military ID's and tribal enrollment cards.

The General Assembly's Lame-Duck Session first convened on Tuesday with Voter ID at the top of the agenda. The Senate, though, also pressed forward with two pieces of legislation earning bipartisan support: a new Hurricane Florence relief bill and a proposal to increase tax incentives for companies bringing new jobs to North Carolina.