Abduction attempt was 2nd at a Wake County school in a week, Raleigh police say 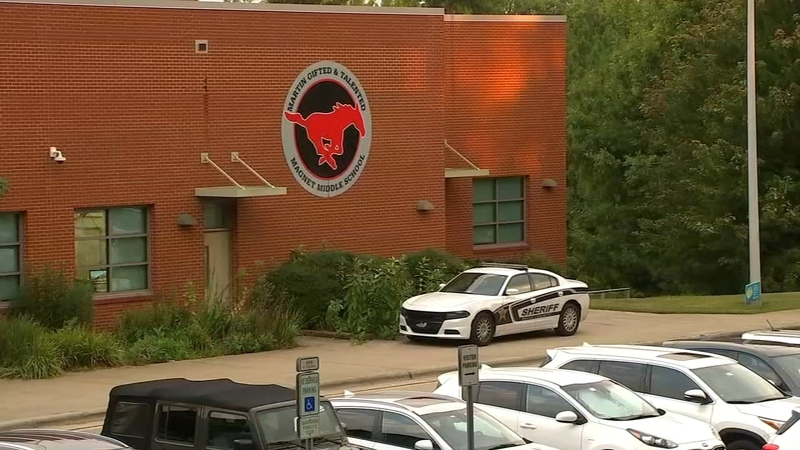 RALEIGH, N.C. (WTVD) -- The attempted abduction of a student at Martin Middle School was the second such incident at a Wake County school in the past week, ABC11 learned Thursday.

Raleigh Police are also investigating a similar incident that happened the afternoon of Sept. 24 at Root Elementary School on Northampton Street.

In a message to parents, Root Elementary Principal Blaine Clark said there was an incident "where a man pulled up to a student walking home and asked them to get in the car."

The man was described as in his 30s, driving a dirty, gray sedan that some students said was a Honda.

A parent called the police, Clark said. He urged parents to talk to their children and make sure they know what to do if a stranger approaches.

Back at Martin Middle on Ridge Road, parents are still shaken by news that an older man in a red pickup tried to grab a student Wednesday. The child managed to break free and run away.

"It's pretty ballsy that somebody tried to do that right here, which is such a busy (area)," said Audra Slaymaker, a Martin Middle parent.

She noticed a lot more cars in the pickup line Thursday.

"Unfortunately, I had to talk to her about if anybody tries to approach you, or gets you to go with them. what she should do," Slaymaker said of her daughter. "So, not a fun conversation, but I'm thankful i was able to have it with her."

There was added security at Martin Middle on Thursday, with Wake County deputies and Raleigh police officers in patrol cars and on motorcycles.

The incident disturbed nearby residents as well.

Jo Guglielmi called the incident "brazen." She has lived across the street from the school for 50 years

"I was very surprised," Guglielmi said. "I think it's a safe area anyway, and we've had some problems with crime during the middle of the day while people are at work, but right before schools starts, police are very conscious."

Both incidents remain under investigation.