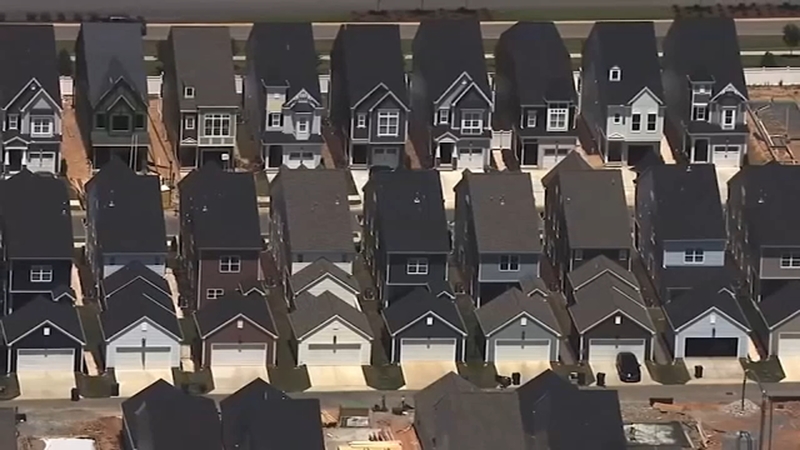 WAKE COUNTY, N.C. (WTVD) -- Just because the value of your Wake County home went up doesn't mean that your property taxes will.

Here are step-by-step instructions on how you can find out what your tax bill might look like.

First, click on this link and put in your information.

Once you find the account for your home, look in the upper right section for the "real estate ID" number.

Highlight and copy that number then click on the "Wake County" logo to the left of it.

At the top of that page, click on the drop-down that reads "departments and divisions."

There you will find a green button labeled "Access the Wake County Reappraisal Tax Portal."

That's something Wake is doing for the very first time according to the county tax administrator, Marcus Kinrade.

"It's a tool that we've provided to be as transparent as we can because typically property owners don't know what their taxes are going to be until they've received their bill in July," Kinrade said.

Kinrade agreed to use his own home in Garner to show us how to use the tool.

He noted that the biggest increase in home values the last time around in 2016 was in southwestern Wake towns such as Cary, Apex and Holly Springs.

Four years later the biggest increases in values are in east and southeast Wake County towns such as Garner, Knightdale, Wendell and Zebulon.

And those kind of affordable homes are harder and harder to find in Wake.

Anyway, you can continue the search started earlier at the page you arrived at once you clicked on the "Access the Wake County Reappraisal Tax Portal" button.

Now look for the "real estate" drop-down in the upper left corner.

Click on that and select "revenue neutral tax calculator."

There you'll find a box to paste in that "real estate ID" number you copied earlier.

Kinrade's Garner home is in the area and price range where values went up the most.

"So even though my value is going up 23.5 percent, my tax is going to go up less than 3 percent if the revenue neutral rates are adopted."

"Revenue neutral" means property revenues for the taxing government would remain the same as last year.

In this case Wake County's average increase of 20 percent in value would mean the county would have to lower the current tax rate to remain revenue neutral.

If not, the county commission will have to tell you it has to impose a tax increase - something not popular with voters.