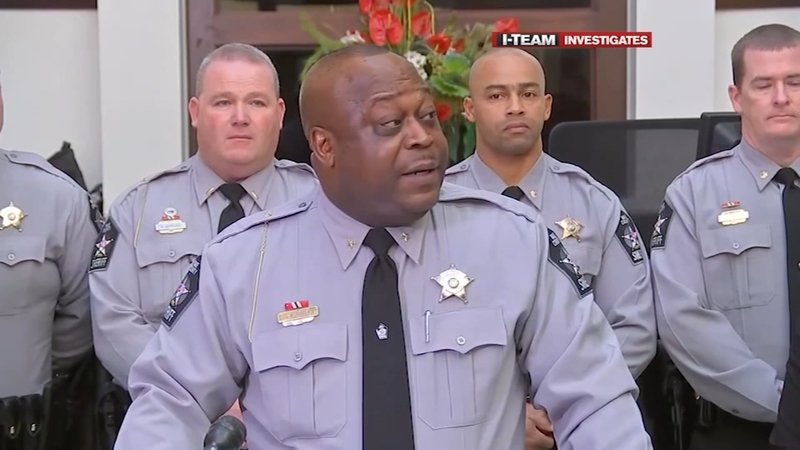 The memos were sent between July and September, and come less than one year into Baker's first term as sheriff after his election victory against long-time incumbent Donnie Harrison.

"Several processes administered by the Sheriff's department have been inconsistent with County policies, procedures, and guidelines," Emily Lucas, Wake County Chief Financial Officer, wrote to Baker in a Financial Department Memo on July 26. "Departments are expected to manage expenditures within the resources provided by the Board of Commissioners in the annual operating budget."

The July 26 memo, which was also sent to County Manager David Ellis and County Attorney Scott Warren, specifically calls out Baker for issues related to how his department awards contracts, how it expenses travel and food, and how it hires and trains staff, among other grievances.

Documents show both county and sheriff staff met personally on September 5 to discuss both the officials' concerns and "action steps" to remedy those issues. The discussions even suggested an updated Memo of Understanding (MOU) between the Sheriff and Wake County (there have been similar MOUs with prior sheriffs).

Jessica Holmes, Chair of Wake County Board of Commissioners, told ABC11 that officials "have and will continue to do our due diligence across all departments for which we are fiscally responsible," and vowed to ensure "our business practices and policies are in line with the public trust."

"Wake County Sheriff Gerald Baker and his leadership team continues to work with the County Manager David Ellis, members of the Board of Commission and County Staff to examine policies and procedures that improve the business practices of the Sheriff's Office.

"Through our discussions with county staff, the Wake County Sheriff's Office has only one goal in mind - to save the taxpayers money, through the implementation of practices that improve processes, while negotiating contracts that have been identified as unfavorable to the county. The Sheriff's Office has renegotiated purchasing contracts, through updated policies that have saved taxpayers thousands of dollars.

"Changes in personnel matters have been implemented for the purposes of efficiency and accountability, and providing services, while protecting the citizens of Wake County.