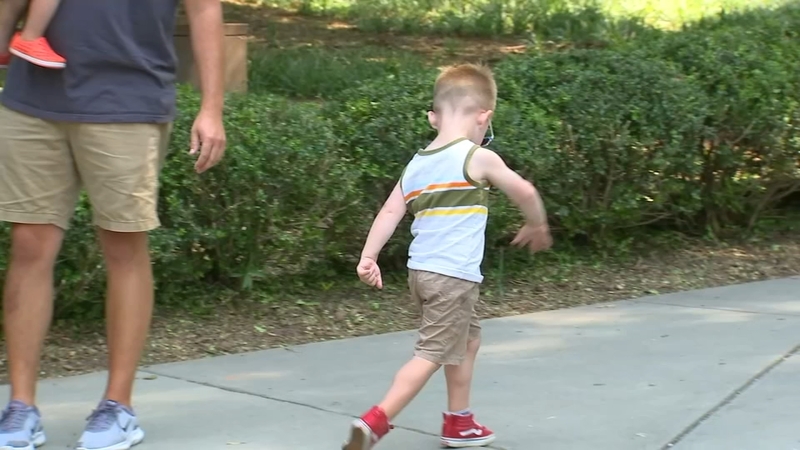 Rise in RSV cases in Southeast during offseason: CDC

DURHAM, N.C. (WTVD) -- The CDC is warning of a rise in RSV cases in the Southeast in the offseason.

Some children finding themselves sitting out portions of the summer because viruses are flaring up.

Three-year-old Madden Lorch is feeling like himself and playing in parks again after getting sick a few weeks ago.

She was surprised Madden, as well as his baby brother, caught a respiratory virus in the middle of summer.

"When he woke up with the croupy cough, 'cause he normally gets it in the winter, I was like, 'really?'" said Lorch.

"A lot of the things that would have happened back in January, February just didn't," said Moody. "We've seen a spike in RSV, in parainfluenza - things that typically would have already happened this year."

The most common symptoms of Respiratory Syncytial Virus Infection are runny nose, decrease in appetite, coughing, sneezing, fever and wheezing.

The symptoms can be similar to COVID-19, and Moody says there's really only one way to decipher.

"They all look the same. You have to test," he said.

RSV can spread when:
An infected person coughs or sneezes
You get virus droplets from a cough or sneeze in your eyes, nose, or mouth

You touch a surface that has the virus on it, like a doorknob, and then touch your face before washing your hands
You have direct contact with the virus, like kissing the face of a child with RSV

People infected with RSV are usually contagious for 3 to 8 days, according to the CDC but some infants, and people with weakened immune systems, can continue to spread the virus even after they stop showing symptoms, for as long as 4 weeks. Children are often exposed to and infected with RSV outside the home, such as in school or child-care centers. They can then transmit the virus to other members of the family.

Some parents said they're just going to continue doing what they can to keep the little ones healthy.