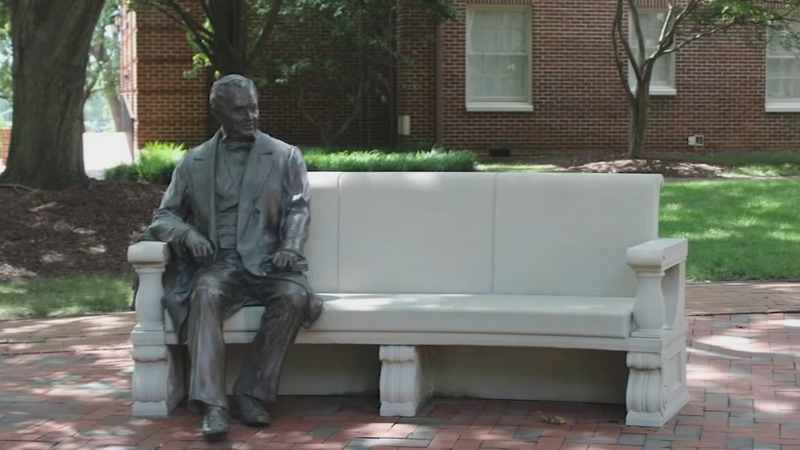 The university said William Peace owned 51 enslaved people. Due to that, the university's Board of Trustees voted to remove the statue from campus.

"Today, we are publicly acknowledging those findings. We are making this public acknowledgment because living our values today requires us to reckon with the hard truths of our past," the university said in a statement.

"History is definitely a part that happened previously in our lives, and it's something we definitely learn from and not try and repeat it again," freshman Taryn Shelton said.

In addition to taking the statue down, the university will have a day of acknowledgement Thursday. That day is designed to allow for reflection and growth.

There will also be listening sessions planned for the next few weeks with various members of the university community. The university has brought in a third-party group to facilitate those sessions. The input and lessons learned from those sessions will be turned into a set of recommendations for university leadership.

President Brian Ralph said it's likely the university's name itself will come up in the discussions about ways to make the campus more inclusive and welcoming.

"We took on this step proactively, we really feel it's important for us to understand our past so we can move forward and be an inclusive a university as possible," Ralph said.

The school's task force also found that enslaved people built the main building on campus, which also served as a Confederate hospital during the Civil War. In addition, yearbooks from the 1920s contain offensive texts and pictures including racial slurs.