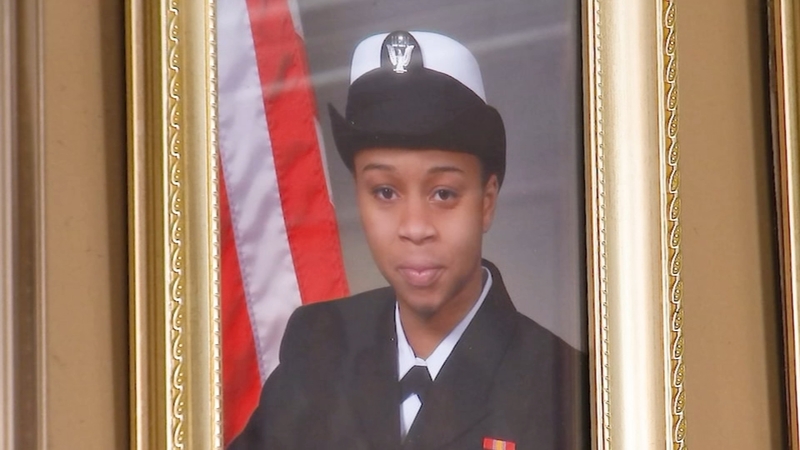 Family looking for answers after pregnant woman was killed in Wilson

WILSON, N.C. (WTVD) -- The Wilson County Sheriff's Office is still looking for the person responsible for a shooting at Evolution Music Hall in Wilson early Sunday morning that resulted in a young woman being shot and killed.

Authorities are asking anyone with information to contact them.

Precious Dyer was only 29 years old when she passed away the day after Christmas. She was at the music hall Christmas event with her fiancé when shots were fired. The Wilson County Sheriff's Office said a fight broke out and Dyer, of Greenville, was shot, an innocent bystander. She died at the scene.

"So many different altercations started, and she wanted to come home, so she started texting her brother and sister and she had my son actually on his way to go get her," said Dyer's father Dwight Lee Locus. "And I guess in the process of him going to get her, in order for him to get her, she had to come outside. So on her way coming outside. She just happened to walk in the middle of gunfire."

No other injuries were reported.

"The people that felt like they needed to shoot guns around a bunch of other innocent bystanders to solve.. to get peace on whatever they had going on," said Locus. "Yes, I would like for the person to be found and do justice."

Dyer worked at Smithfield Foods packing plant in Wilson. Andrea Tucker, the plant manager said in a statement: "We are heartbroken by this tragedy. Precious was a beloved, highly respected member of our Smithfield Team. Our deepest sympathies go out to her family, friends and loved ones."

Dyer's parents say she served seven years in the Navy, was planning to get married soon and was also expecting a baby in June.

They say she was adventurous and close with her family.

"She called me every day, every single day," said Tijuana Locus, Dyer's mother. "And she always told me she loved me. Now, I don't have that. But I still wait for that phone call or that text.' Are you up? Are you OK? What you need?' And it's over. I'm never going to get a call from her again. Whoever shot my daughter took that away from me."

ABC11 requested the 911 calls and surveillance video from the Sheriff's Office. They tell ABC11 they're not releasing them at this time.

Dyer's family is urging anybody with information to come forward.

"If you saw something, say what you saw," said Tijuana Locus. "My daughter didn't deserve to die. She didn't have a chance to do what she wanted. She wanted to carry a child and get married. She never got that chance."

Dyer's family have planned funeral services for the first weekend of January.